With an Olsen twins shoutout and a consistent failure to rhyme, this one's a dud 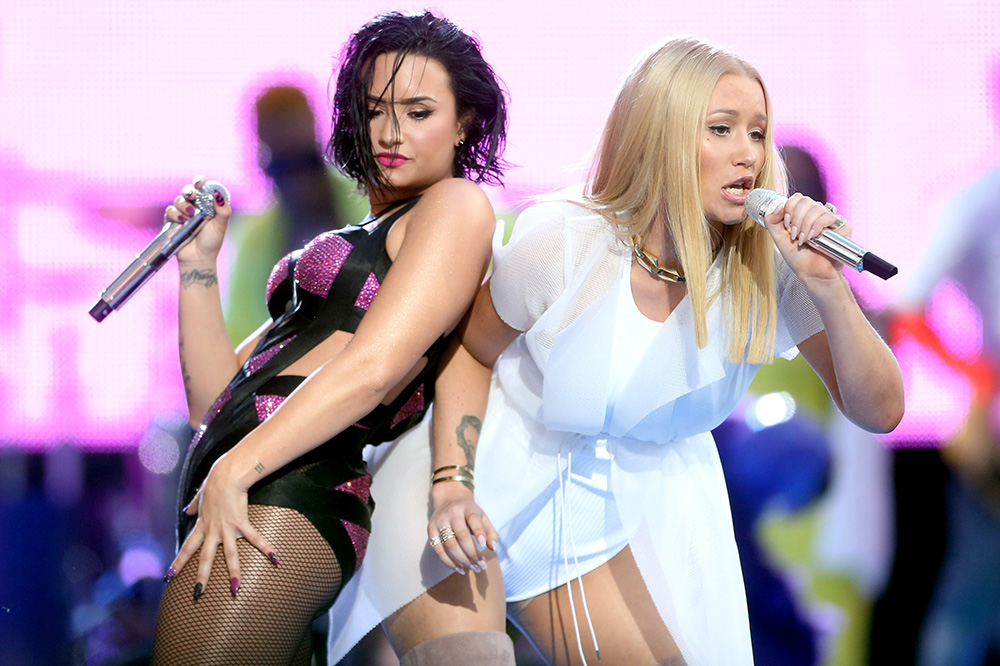 Demi Lovato just released her fifth studio album, Confident, which was preceded by the stellar singles “Cool For the Summer” and its title track, both (unsurprisingly) Max Martin productions. In the lead-up to Confident, fans heard plenty from the singer about her collaboration with friend Iggy Azalea, a track called “Kingdom Come,” produced by Steve Mac (Charli XCX’s “Break the Rules,” Kelly Clarkson’s “A Moment Like This”). Today, the duet finally arrived.

At its worst, “Kingdom Come” is a sonic copycat of Katy Perry’s 2013 “Dark Horse” and Azalea’s own “Black Widow” from 2014, tracing the pre-chorus of Sia’s “Chandelier” with very see-through graph paper. The real travesty comes when Iggy’s verse kicks in — “Gather around, now I’m back from my holiday / ‘Long live the Queen’ what the people say” — with introductory bars that are both misguided and, if maybe meant to be satirical or winking, arrive with a thud.

There are structural, rhythmic, and simple AABB rhyme scheme problems with Azalea’s verse from the start: “And that be me, I got a king in my cavalry / Them other knights, say goodnight, they get apathy,” she drawls in her regularly critiqued, heavily (fake) accented vocals, shooting from half-court trying to link “cavalry” and “apathy” and coming up an acre short. That same issue happens later too (“Inseparable like Mary Kate and Ashley? / Incredible, I’m ready if you ask me”).

Beyond the paltry lyrics, Azalea’s cadence and flow are so completely muddled here that it’s easy to make the argument that the verse was recorded so quickly and haphazardly that nobody thought, “Hey, this could use a Take Two.” She stumbles on her words, stringing syllables together in a marvelous flameout of mush-mouth, measure after measure.

Sure, it’s hard to call this the worst verse of the year — SPIN simply hasn’t heard every single rap verse recorded and/or released in 2015 — but of those we’ve come across, and those we’ve listened to with open ears, Iggy Azalea’s rap on “Kingdom Come” is just the absolute worst.