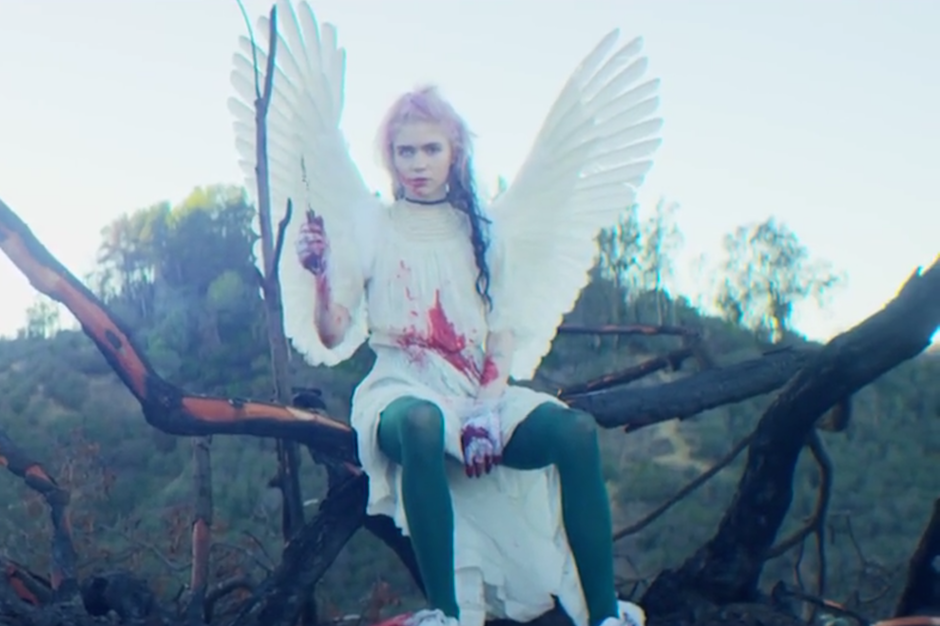 Update 2: Grimes has shared original artwork for each one of her Art Angels tracks on her Tumblr.

Update: 4AD has announced that Art Angels will be out November 6 digitally. Check out the album’s track list below.

Grimes has finally released the first taste of her long-in-the-works follow-up to Visions, now titled Art Angels. The video for “Flesh Without Blood” and “Life in the Vivid Dream” just landed on YouTube, and true to the otherworldly clips she released for her previous work, this one features the alt-pop auteur sporting a number of fantastical costumes (including but not limited to): a creepy angel, renaissance era royalty, and a green cowboy hat. There’s minimalist choreography, sports, and a whole lot of blood, so it’s pretty much exactly the return you’d want from the moribund songwriter.

Oh, and the music itself is made up of maximalist techno-pop banger that’s sure to upset the same folks who couldn’t handle the blown-out brilliance she exhibited on “Go,” as well as a more gentle number (which is incidentally paired with the bloody bits of the video). You’ll want to listen and watch right here.

^=CD and digital only