Foo Fighters Put a Countdown Clock on Their Website

Just 24 days and change until... something 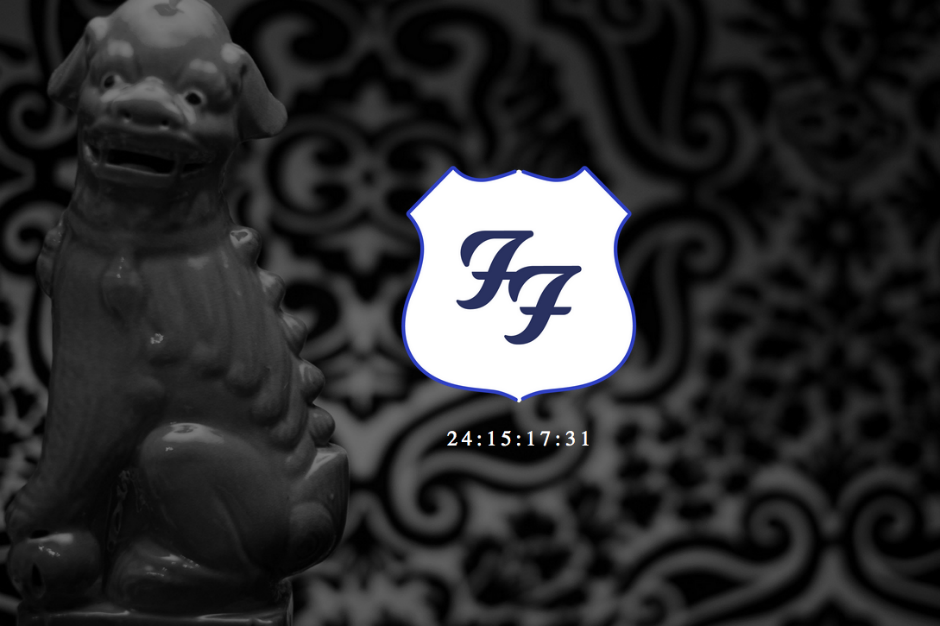 Update 2: Alternative Nation seems to have deduced what the countdown clock is ticking down to. According to the site, the logo the Foo Fighters are using matches that of the Hotel St. Cecilia in Austin, Texas — where the band recently recorded five new tracks. Similarly, photos used in the background of the countdown clock seem to have been taken outside the St. Cecilia. It’s likely that this means the band’ll soon drop an EP with the songs they recorded last month.

Update: Foo Fighters have tweeted a clue as to what their mysterious update clock could be for:

As is now customary with upcoming big announcements in 2015, the Foo Fighters have launched a countdown clock to something unclear. The band recently put the timer on their website, which portends some big happening to come a little bit more than 24 days from now (midnight on November 23). Stereogum predicts that the big reveal at the end may have something to do with a second season of their successful HBO series Sonic Highways, while Alternative Nation points out that the countdown logo’s similarity to the sign for Route 66 may imply the Foos involving the legendary highway somehow.

Personally, we’re hoping the band is celebrating the upcoming 20th anniversary of the “Big Me” video by recreating one of the classic Mentos commercials. Time will tell.