There's not even half a joke to hold the skit together 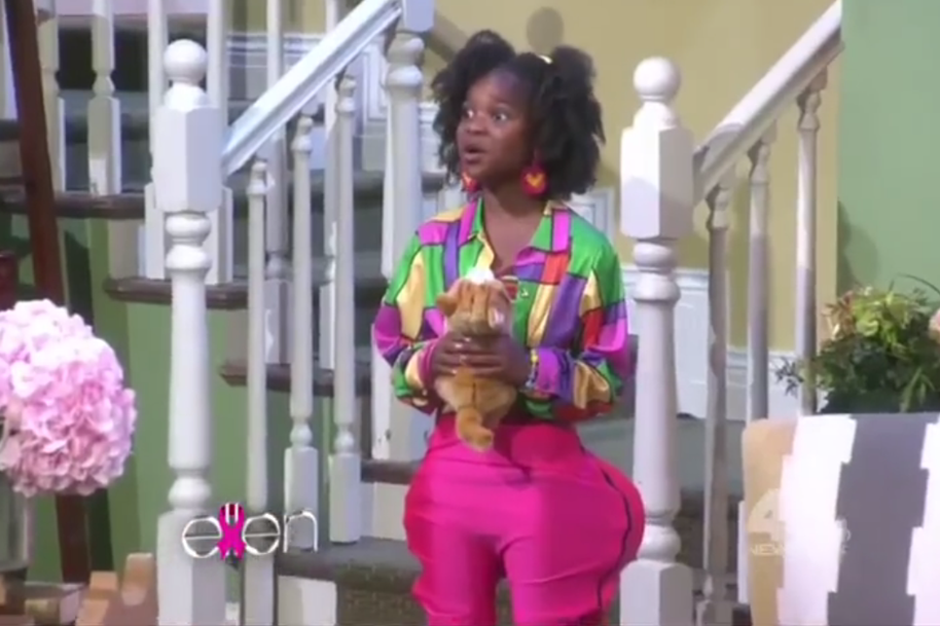 Nicki Minaj and Ellen Degeneres have a history of being friends — onscreen at least — that’s led to countless talk show appearances during which both women seem to be enjoying themselves. That friendship might’ve just hit a bump in the road during yesterday’s episode of Ellen, in which the host presented a “parody” of Minaj’s upcoming ABC Family sitcom based on her own childhood in Queens, New York. Watch it below:

Ellen/Nicki Minaj SKitYesterday, Ellen DeGeneres aired a skit about an upcoming sitcom around Nicki Minaj’s childhood. It featured a little black girl, a black woman and man with extremely large butts. Watch below, and you tell us whether you think sexualizing little black girls is okay. #SOUNDOFF

As many commenters and critics have pointed out, something’s a little… off (and “tasteless”) about that parody. Could it be the hyper-sexualized young “Minaj,” who’s been directed by someone to turn around to show off her padded backside for laughs? Could it be the fact that the only “joke” of the skit happens to be that the black family members all have “comically” gigantic asses? Yes, it could be and is, in fact, both of those things. It’s some lazy writing and idea genesis on the part of Degeneres’ team, and something that’s surprising considering Ellen’s notably pleasant history with the rapper. Watch the video above and decide for yourself.