The rest of the world is not so wise 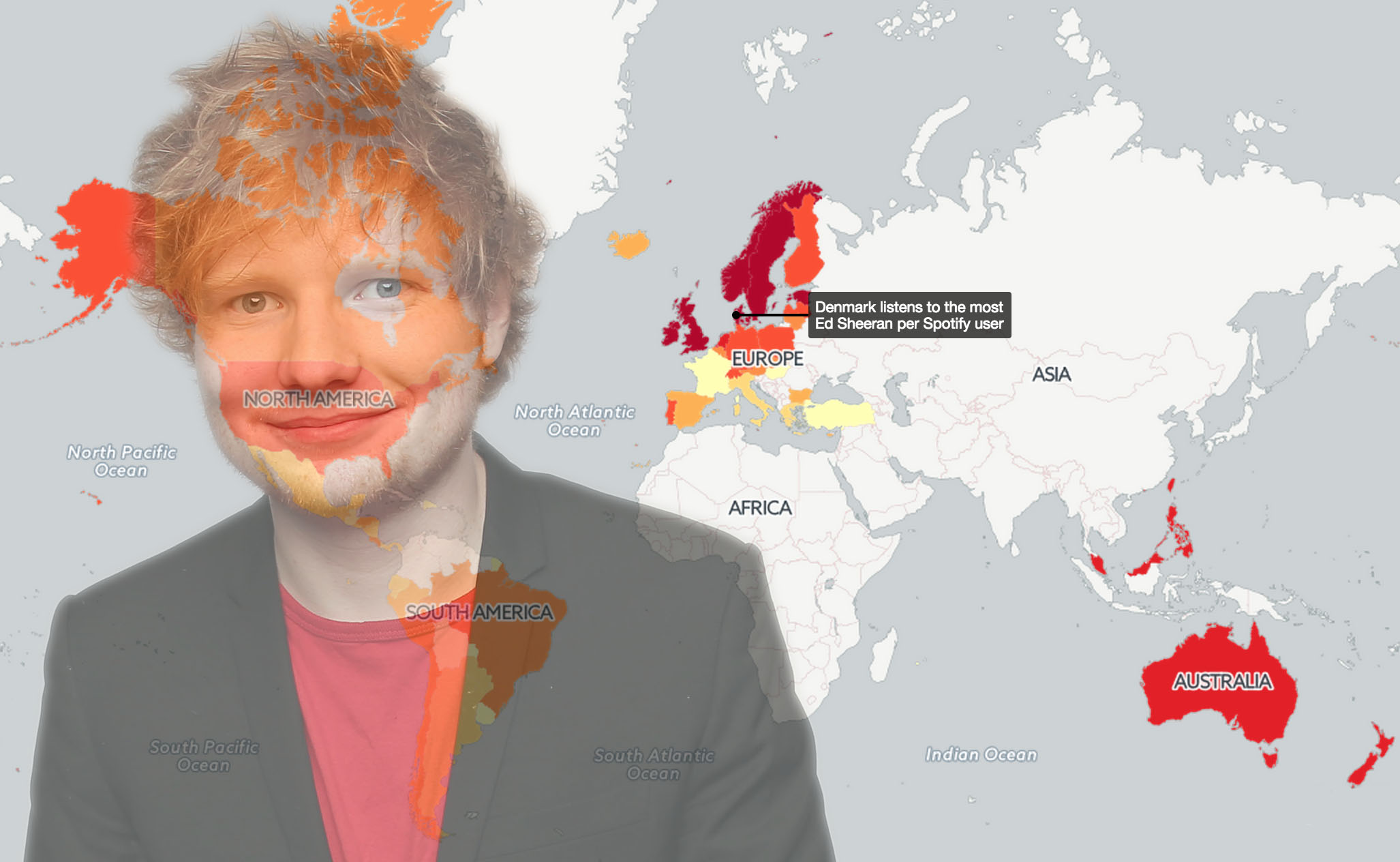 Look around at the state of the world and weep. Ed Sheeran’s weak track “Thinking Out Loud” is the first song to reach 500 million plays on Spotify, the streaming service announced today. To mark the occasion, and so we know who to blame for this, Spotify put together a map that shows which countries listen to Sheeran the most. “The Sheerio Index,” as it’s called, reveals that Denmark should be the most ashamed of itself, as its residents listen to the most Ed Sheeran per Spotify user. Norway, Singapore, Sweden, and his home country of the United Kingdom round out the top five, and should all be boycotted by the international community. Africa and Asia don’t seem listen to much Sheeran at all, either due to lack of data or good taste.

“Chuffed to hear that ‘Thinking Out Loud’ has had half a billion plays on Spotify,” Sheeran said, insufferably, we assume. “Being the first artist to hit that milestone is amazing. Thanks to all the people who use this as a wedding song, soundtrack to a date and as a way to woo someone into a Netflix and Chill situation.”