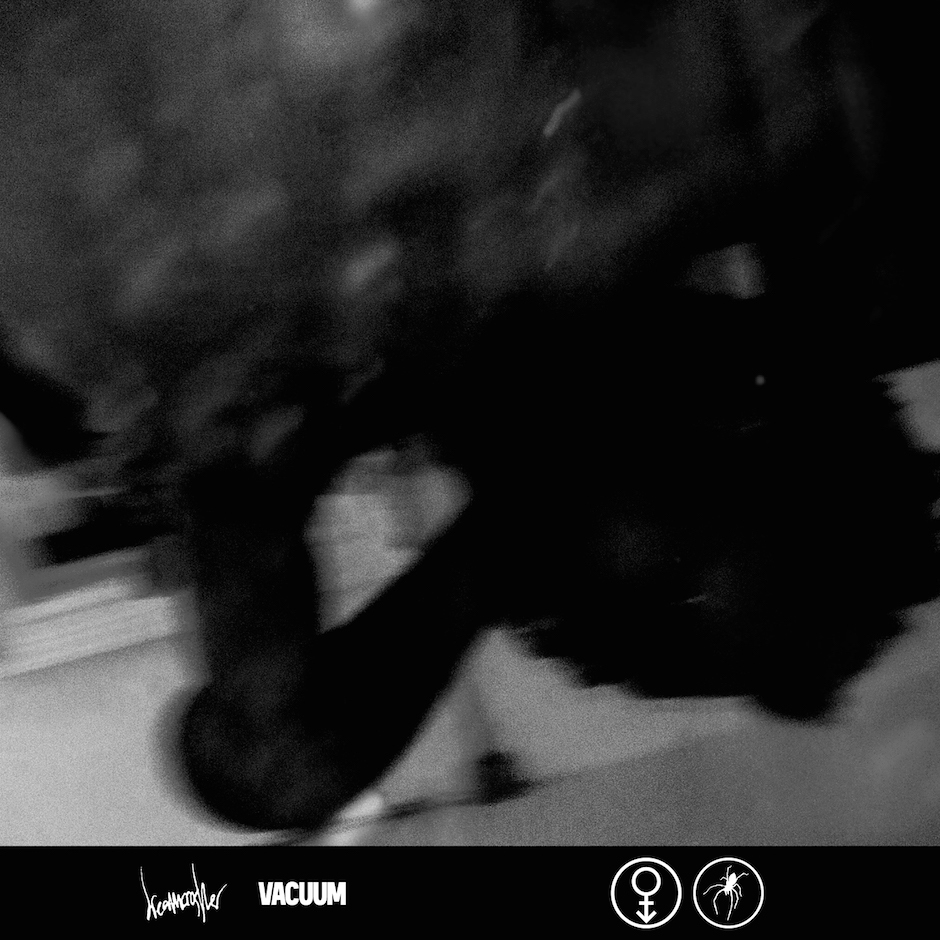 Noise artist Luwayne Glass has been working under the name Dreamcrusher for the past couple of years now, but consider the singles that have surfaced to date from a new EP for Fire Talk called Hackers All of Them Hackers the first moments where they’ve earned that name. Previous works under the name have showed an ecstatic bursts of screams and fuzz, but “Adore” and “Trapdoor” aim to totally overwhelm — thrashing outward and upward with bursts of industrial percussion and prickly static that that make focusing on anything else (hopes, dreams, abstract thought) pretty much impossible.

Today, Glass is sharing another new single called “Vacuum,” which roars louder than any of its mechanical brethren. The master alone is enough to terrify (might wanna keep your headphones at a moderate volume before you hit play) but even though this is Glass’ most subdued single yet from the effort, its crackling kick drum pulse and choked-out vocals are enough to suggest that the title’s more of a reference to the process of slowly sucking the oxygen out of the room than a domestic cleaning device. Listen here, and loudly.

Hackers All of Them Hackers is out October 30 on Fire Talk.