It's also an excerpt of his new song, "Blackstar" 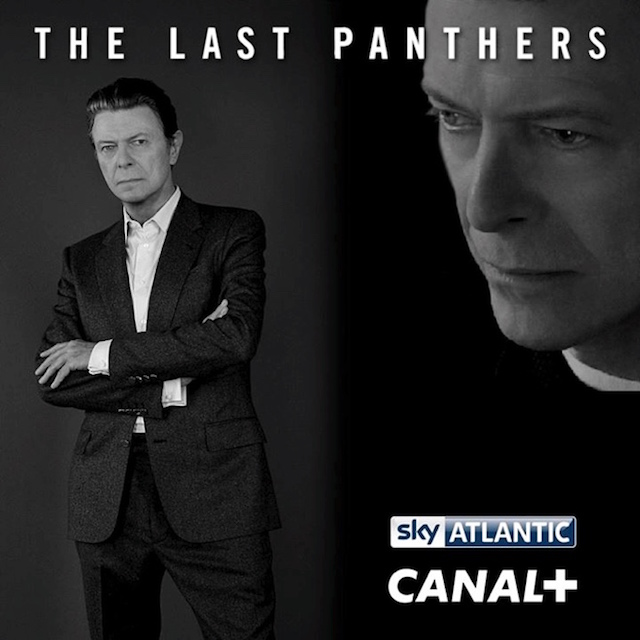 It’s been reported that David Bowie composed the theme song to six-part European crime series The Last Panthers (perhaps in a nod to his “Sue (Or In a Season of Crime)” video); that one-minute snippet is now available, and (surprise!) it’s also an excerpt from the musician’s new song, “Blackstar.” According to Bowie’s Facebook, director Johan Renck said of the contribution:

“I showed Mr. Bowie the two first episodes in the rough state they were at the time, and he liked what he saw very much. We discussed the various aspects of the show; naturally the plot line, but also the underlying currents of guilt and personality flaws. We talked about the dark heart of Europe. We talked about the biblical aspects of human nature. He asked if there was anything else to see, so I showed him the first concept board I had just made for the title sequence — images from the show laced with chimaeras and demons from the worlds of Bosch and Grunewald. That’s when he said go — it all fits. Then he played me his new song BLACKSTAR.”

Listen here, and add another TV show to your autumnal couch-potato schedule.