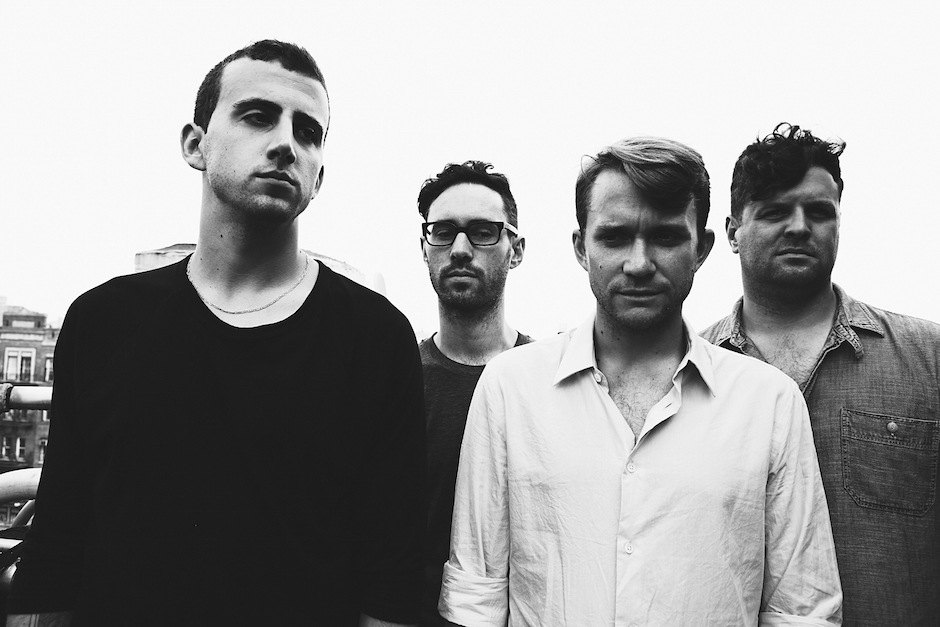 Over the course of 2015, singer-songwriter Kevin Devine’s been curating a series of splits for New York/Philadelphia label Bad Timing Records, enlisting pals and fellow travelers like Matthew Caws, Tigers Jaw, and Perfect Pussy’s Meredith Graves to contribute new works to the B-sides. The fourth installment will feature Staten Island-born indie rock act Cymbals Eat Guitars on the flip. The quartet hasn’t released any new material since 2014’s LOSE, but “Aerobed” will feel familiar to those who’ve spent time basking in the shade of their towering compositions.

Frontman Joseph D’Agostino starts the track with a detailing lost love in “bumf**k Georgia” that puts an aching slant on the rambling compositions of David Berman and Bill Callahan before spinning the song stratospheric, draping the song’s acoustic core in guitar lines that shake and shimmer with the peril of a strand of sparking Christmas lights. In addition to sharing this new cut, Cymbals Eat Guitars are also using the occasion to announce that they’ve signed with Sinderlyn and they’ll be releasing a new full-length in Fall of 2016.

The other side of the Devinyl Splits No. 4 will feature “Magic Magnet,” Kevin Devine’s first full-band song since his 2013 album Bubblegum. Bad Timing Records will release this split on November 13, but in the meantime, you can check out “Aerobed” right here. Pre-orders are available of both a 7-inch and digital version of the release.

Update: Cymbals Eat Guitars have revealed on Twitter that the song was produced by Brand New’s Jesse Lacey.