Chrissie Hynde Gets Defensive on NPR: ‘Don’t Buy the F**king Book If I’ve Offended Someone’ 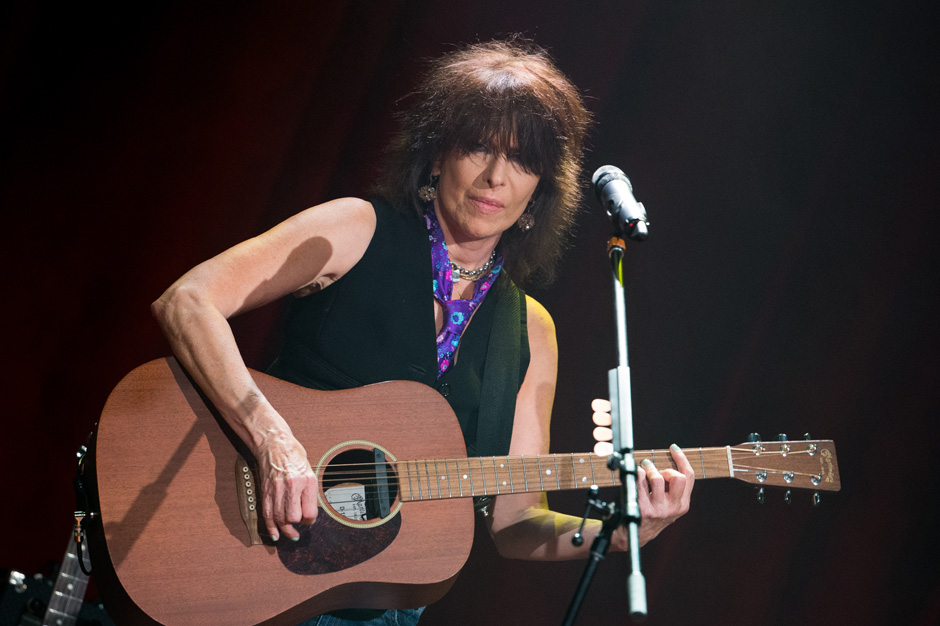 The promotional tour for Chrissie Hynde’s new memoir, Reckless: My Life as a Pretender, has been bumpy for a while, beginning with the singer’s controversial sexual assault comment in London’s Sunday Times in which she takes “responsibility” for her assault at age 21.

Today, in an interview with NPR’s David Greene, Hynde reacted defensively to a line of questioning addressing the recent blowback directed toward the ex-Pretender, saying,”Just don’t buy the f–king book, then, if I’ve offended someone.” Here’s how it all went down:

Greene: There was one comment that you made in an interview about the book, in the Sunday Times of London: “If I’m walking around in my underwear and I’m drunk, who else’s fault can it be?”

Hynde: So what are you getting at? Why are you asking me this?

Greene: I just think a lot of people —

Hynde: I don’t understand why there’s — You know what, I don’t care what a lot of people want. You know? I’d rather say, just don’t buy the f–king book, then, if I’ve offended someone. Don’t listen to my records. Cause I’m only telling you my story, I’m not here trying to advise anyone or tell anyone what to do or tell anyone what to think, and I’m not here as a spokesperson for anyone. I’m just telling my story. So the fact that I’ve been — you know, it’s almost like a lynch mob.

Listen to the full interview at NPR.