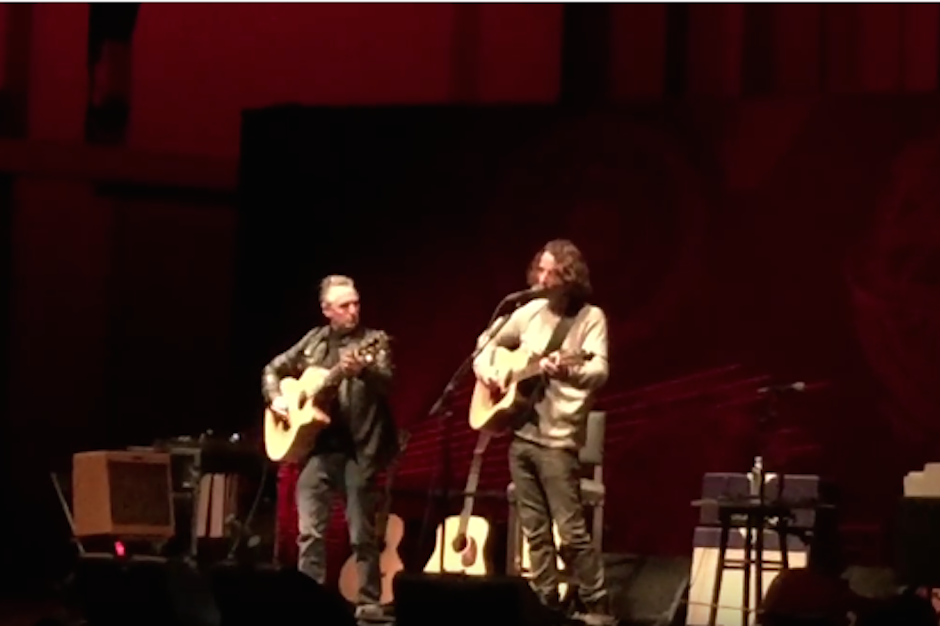 Chris Cornell’s returned to his birthplace of Seattle, Washington on Tuesday night’s stop of his Higher Truth tour and as you might imagine he made the set special for the hometown folks. In addition to selections from his just released solo album and that Prince cover he’s been breaking out every now and again, he also brought out Pearl Jam’s Mike McCready for a pair of certifiable grunge classics, Temple of the Dog’s “Hunger Strike,” and Mad Season’s “River of Deceit.” Both marked as reunions of sorts for the pair, since they recorded the former track together, and since Cornell has taken up as the de facto vocalist for the latter McCready-featuring supergroup in the wake of Layne Staley’s death. Watch both clips here via Alternative Nation.