The major debate is whether or not she's cool 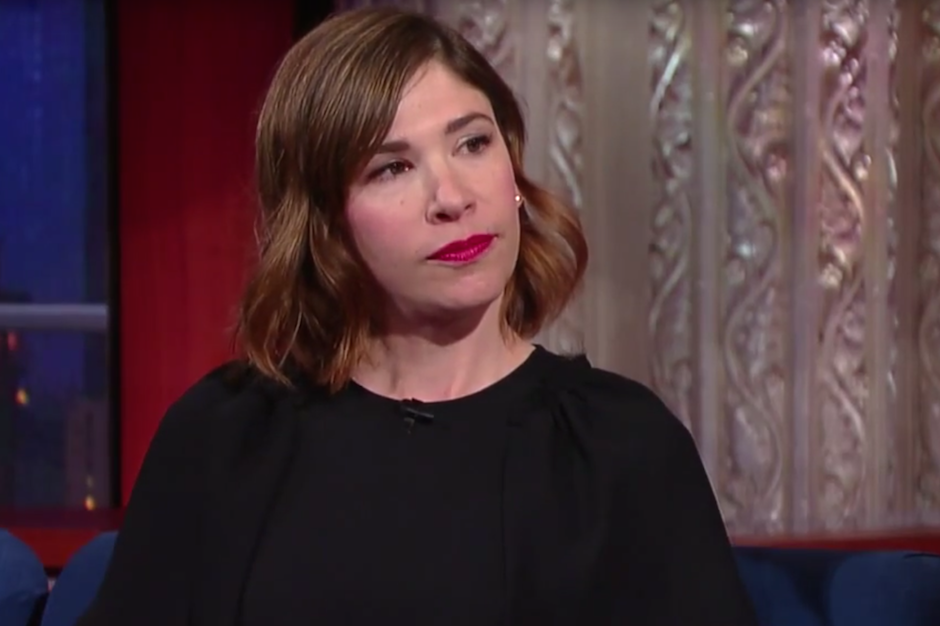 Update: Carrie Brownstein’s given an interview to Rolling Stone in which she says the following about Sleater-Kinney:

I think we’ll definitely get back to writing songs. We feel less trapped by a repetitive cycle of writing, recording and touring. But the band feels like it’s up and running again.

She also gets into her love of the new Tame Impala album:

Tame Impala is the record you can immerse yourself in. It’s the sonic sofa of 2015. I just want to sit on it in my ears.

Carrie Brownstein — of Sleater-Kinney and Portlandia fame — is making the rounds this week promoting her new memoir Hunger Makes Me a Modern Girl. Last night, she showed up on The Late Show With Stephen Colbert to be interviewed about the experience. In the short clip that’s available online at the moment, they chat her work on the book and riff on the idea of coolness (she thinks that she’s cool “sometimes, in [her] own mind”).

But aside from that conversation she also flexed her comedy skills for a backstage skit in which she promoted an (fictional) album of “traditional English folk ballads” before performing one called “The Hunter and His Pallid Bride,” the chorus of which runs “She died / She died / My Pallid Bride.” Watch it here.