Animal Collective Go Underwater for Their First Band Practice of 2015 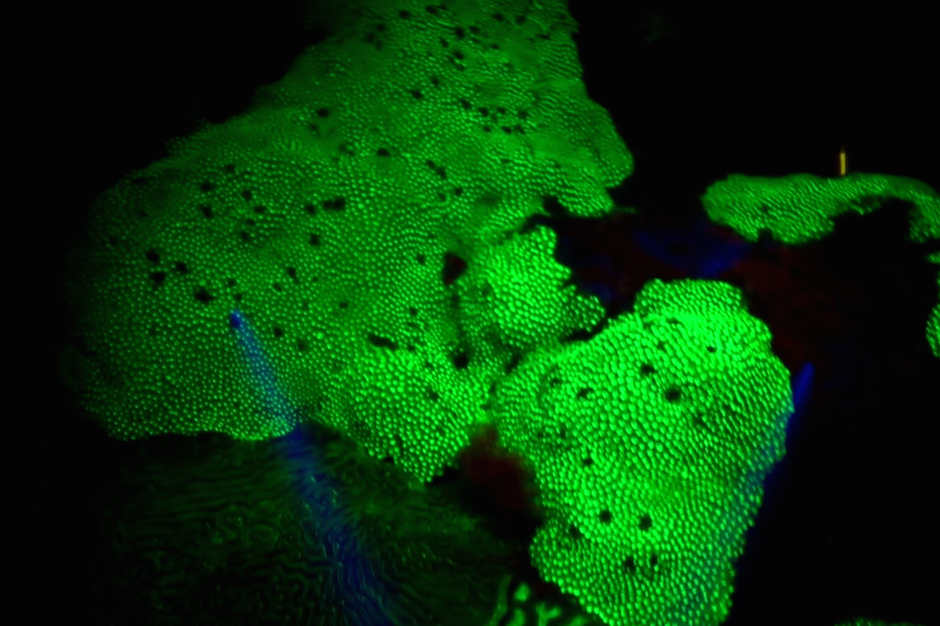 Even though Animal Collective’s new album is finished, no material from the Baltimore-born psych crew has surfaced in a while. Today, however, as Stereogum points out they shared audio from their first band practice of the year on their Vimeo page. The video it’s paired with features a whole lot of footage of coral reefs from a deep sea dive, a visual pairing that’s at least as appropriate as that horror movie they released a few years ago. The jam session apparently went down May 12 in Asheville, North Carolina with the video being filmed a year earlier with technical help from AnCo’s Deakin and Geologist.

Watch the video here and read more details below.

It’s a treat to share ‘Flower Garden Banks’, an Animal Collective X Coral Morphologic collaboration featuring “Michael, Remember (Jam May 12, 2015)”, the first warm-up jam for Animal Collective upon getting together to practice for the first time in a year and a half. It features Avey Tare, Panda Bear, and Geologist, and was recorded at Drop of Sun Studios in Asheville, NC.

The accompanying underwater video was recorded in July 2014 within the Flower Garden Banks National Marine Sanctuary over two nights by Colin Foord (Coral Morphologic), with additional camera and lighting by Deakin and Geologist (Animal Collective). The raw jam and video were later shared, and the resulting video was edited by Jared McKay (Coral Morphologic), October 2015 in Miami, FLA.

The Flower Garden Banks are located about 100 miles offshore Galveston, Texas in the Gulf of Mexico and are the northernmost coral reef formations in the continental United States. The reef begins at about 60’ deep and is characterized by massive brain coral heads and a lack of branching or soft corals. The corals were filmed with special blue wavelength lights and filters that capture the natural fluorescence of the colonies. While the evolutionary purpose that this fluorescence serves corals is still not fully understood, the directed application of the corals’ fluorescent proteins by geneticists was awarded the Nobel Prize in Chemistry in 2008 by serving to accelerate (and literally illuminate) the field of genetics and biochemistry.

Brian Weitz (Geologist) holds a masters degree in Environmental Policy, and briefly worked on ocean and climate change policy in Washington, DC. He and fellow Animal Collective member Josh Dibb (Deakin) have been SCUBA diving together for the last ten years, visiting such places as the Revillagegados, Mexico; Coiba, Panama; Poor Knights, NZ; and many others.

Coral Morphologic is a scientific art endeavor comprised of marine biologist Colin Foord and musician Jared McKay. With the radially-symmetric corallimorph polyp as their muse, they explore the visionary potential of living coral reef organisms via film, multi-media, and site-specific artworks from within their coral aquaculture laboratory in Miami, Florida.