Enter to Win a Prize Pack for Tower Records Documentary, ‘All Things Must Pass’

Join us as SPIN ventures down memory lane to the now-defunct, but much-beloved CD store 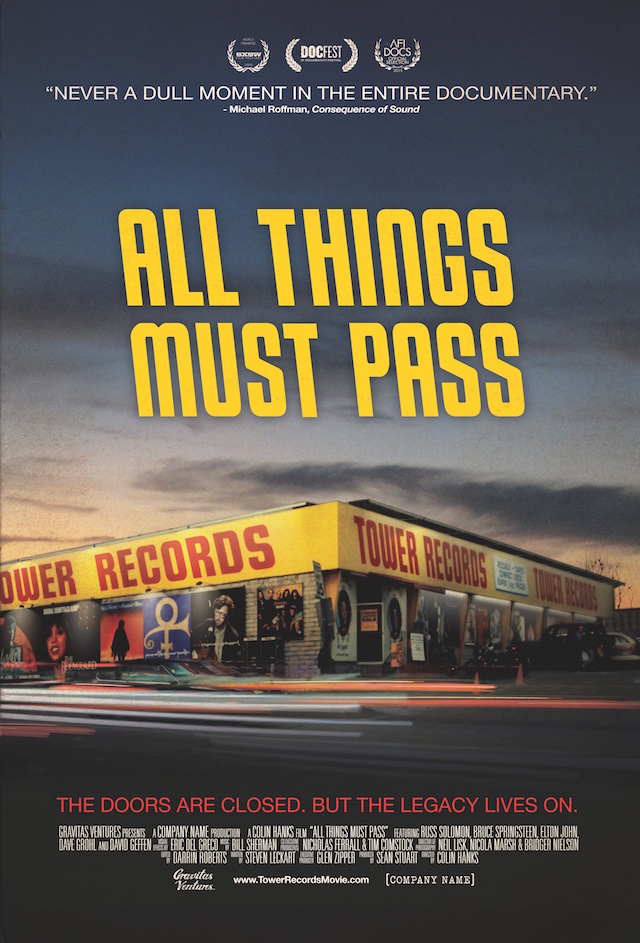 As previously reported, your favorite defunct CD store’s long-awaited documentary, All Things Must Pass: The Rise and Fall of Tower Records, arrives October 16. While you’re waiting to famous friends like Elton John, Bruce Springsteen, and Dave Grohl reminisce about “the largest music store in America” (“That is the only place I could get a job with my haircut,” says the Foo Fighters leader), SPIN is doing a giveaway every day until the film hits theaters this Friday.

Every day this week we’ll post a different question on Twitter — for example, today’s is “What is the first album you bought at Tower Records?” — and one lucky respondent who replies with an answer to that question (we’ll go first: The Smiths, Meat Is Murder) will be chosen to receive an All Things Must Pass prize pack, including a signed festival poster, a pin, and a bag. In addition to those goodies, Friday’s winner will also score two tickets to see the film during its New York City run.