Tyga to Crowd at Concert: ‘Where All the Little Girls At?’ (Update: ‘Loyal Girls?’)

He just keeps digging this hole deeper, doesn't he? 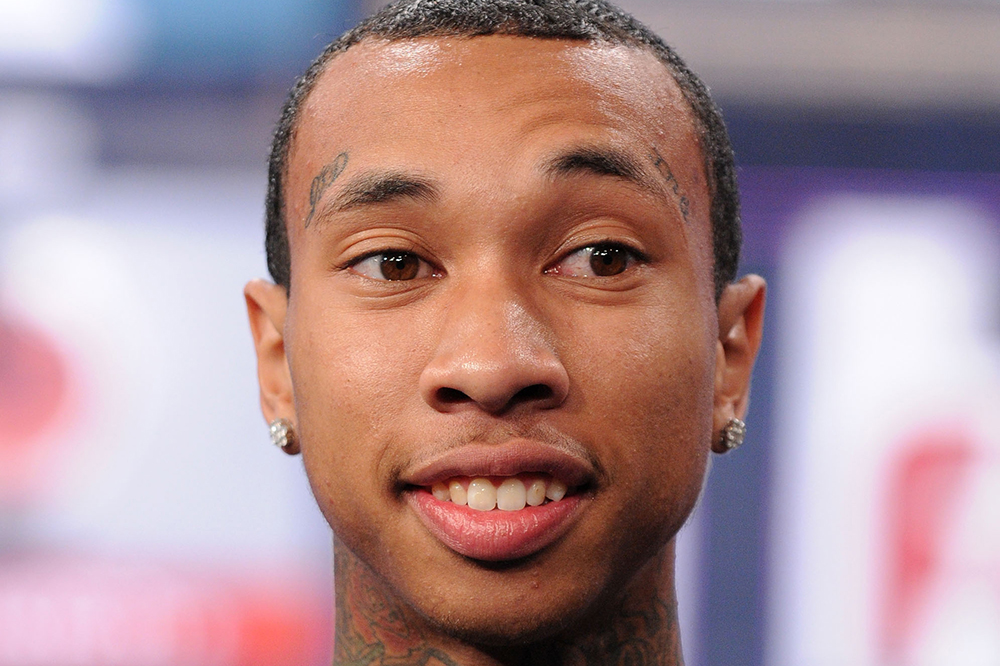 Correction: Commenters on SPIN and other publications that have posted the video of Tyga are suggesting that he actually said “loyal girls,” not “little girls.” This makes sense, seeing as he was just about to play his Chris Brown collaboration, “Loyal.” SPIN regrets slandering Tyga’s good name any more than he’s already slandered it himself.

Tyga, a rapper better known for his longtime, and (if sexual prior to August 10), illegal relationship with Kylie Jenner, is being gross again. The 25-year-old was performing at a pizza festival at First Slice Media in Beverly Hills on Friday night, and was about to start playing “Loyal” when he asked the crowd “where all the little girls at?”

Tyga, a 25-year-old rapper of thus-far dubious talent, is doing his best to ensure that 2015 isn't exclusively remembered as a stellar year for rap
MORE >>

Such a question might come across as unfortunately phrased but innocent stage banter had anyone else but Tyga said it. Remember, Tyga’s the guy who wrote the lyrics “They say she young/She should have waited” and “She a big girl, dawg, when she stimulated” in his squicky Fuk What They Talkin’ Bout cut, “$timulated.” Watch a video of Tyga deciding that, yes, this is the hill he’s going to die on, via TMZ.