And before you ask, no, there's still no word on their new album 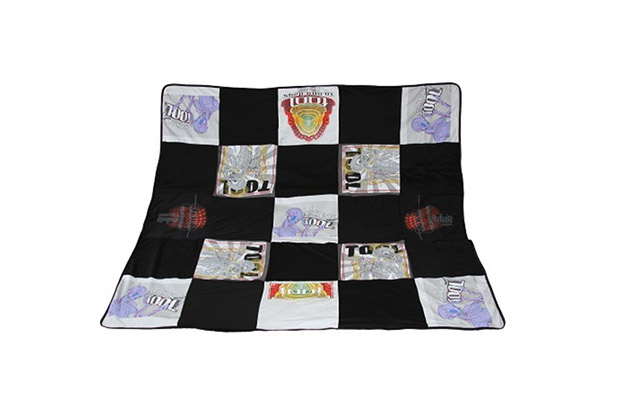 It’s been nearly a decade since Tool released an album, but after an eight-year legal battle, guitarist Adam Jones said they finally hope to release their 10,000 Days follow-up this year. So, then, was a new press release from the band’s spokesperson announcing a title or release date for the long-awaited LP?

Of course not, you silly billy! Tool just wants you to know that they’re selling a blanket made of old T-shirts that you can buy for the low, low price of two hundred American dollars! The quilted blankets are described as “hand-sewn to soft, comfortable fleece,” and are reportedly “comfortable enough for home use, durable enough for festivals.”

Here are some other specs:

Purchase any one of the the three varieties here for — again — $200. Apparently, they’re gonna “go fast.”

Purchase Tools’ new album when and if it exists. (h/t Consequence of Sound)