"Are you trying to be witty?" 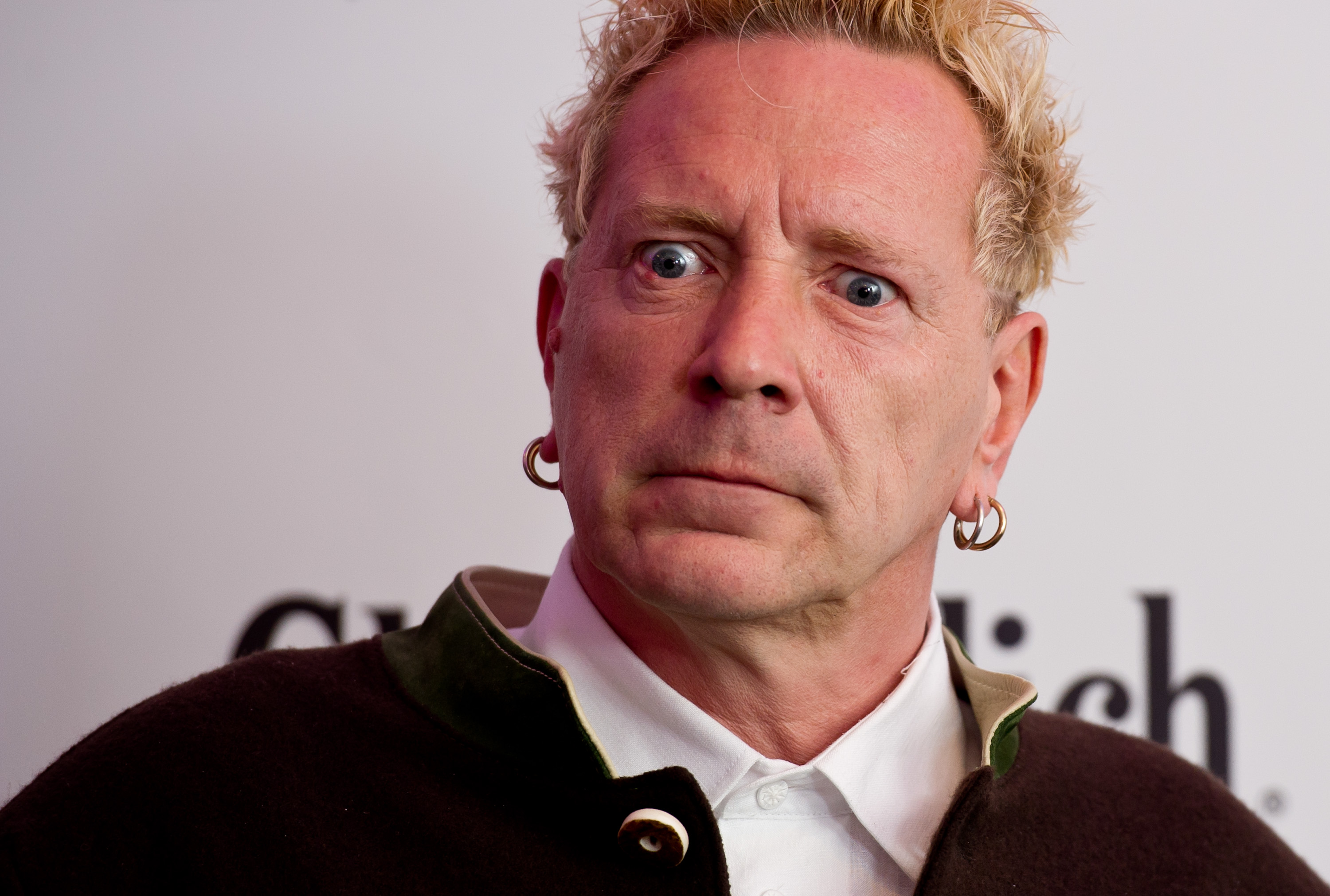 There’s something refreshing, even cleansing, about talking to John Lydon, a guy who’s seen death and incompetence, who doesn’t suffer fools, who’s proven unafraid to go on TV and make anyone watching (or interviewing him) uncomfortable. At 59, with two autobiographies (Rotten: No Irish, No Blacks, No Dogs and Anger Is an Energy) and 40 years of scabrous musical innovations behind him, he’s equally unafraid to profess that he owned Spice Girls dolls and digs Chris Isaak — or to tell you that your questions are stupid.

To expect anything otherwise from the man responsible for the Sex Pistols’ and Public Image Ltd.’s society-implicating rants might make one a fool indeed. But this is a visionary musician who’s hocked his spittle into the mic for decades and will compromise only when he’s dead. After 20 years of label-imposed exile, Lydon began PiL’s 2012 scattershot reunion album This Is PiL with the words “Lucky you!” and ends the just-released follow-up, What the World Needs Now…, with the words “F–k off!” Hurry up with his damn croissants.

What music of yours do your kids enjoy the most?
I’ve got kids but what’s it to do with them?

Do they listen to your music?
I don’t speak for anybody else but myself. You should ask them; I wouldn’t dream of telling you. That would be very presumptuous of me.

You never ask them for feedback yourself?
Why? For your pleasure? Certainly not.

What has your goal been for the Public Image reunion records?
What reunion would that be?

Well, bringing out the Public Image Ltd. name again…
You’re completely wrong about that also. We reunited some five years back. This is the second album since then.

I know…
No, you don’t know. You clearly don’t. You wouldn’t have said such a silly thing. What’s up with this? Who am I talking to? And why?

I knew it was your second reunion record with Public Image…
Why are you using words like “reunion?” Are you trying to be witty?

I guess it was a poor choice of words.
I don’t mean to be terse with you but you’re hardly setting yourself up for a good start here are you, fella?

I was just curious what inspired you to resurrect the Public Image name again.
Have you heard the record?

I have.
Well then, you tell me about it.

But I’m not the one being interviewed.
You haven’t heard the record.

Did you come up with the title What the World Needs Now… first, or the song “Shoom,” which answers the question in its chorus?
Oh s–te. Really? After 40 years of work I have to deal with a question like that.

What kind of questions do you prefer to be asked?
The title of “Shoom” is taken from the drum machine sound in the song…

Right, but I meant…
…by the inimitable Bruce [Smith], and he created that sound and so therefore, that’s what we called the work in progress. The lyrical side of it is a fair interpretation and representation of my dead father and a fond memory of his wisdom and perfect timing of humor. And what the world needs is dot, dot, dot. But to my mind what the world needs is transparency, which means freedom of information in all things. And a general all-around respect for each other in our efforts to make the world a better place. Are we going to do that following politicians or religious leaders?

The sound of “Big Blue Sky” calls back to the sound of Album, the PiL record with Bill Laswell.
Well that’s because it’s the same singer. Although I can shape-shift my voice somewhat I can’t completely become a different person. And so the familiarity that you seem to find is the general overall character who set all this up in the first place.

Sure. But you don’t think that the reverberating guitar sound on it also recalls your music from 1986?
No.

Is there any living artist that you’d like to collaborate with?
None come to mind at the moment, apart from the fellas in the band. Two decades the record company strangled me and held me in such a financial hole that I had to work independently outside of music in order to make enough money to get PiL back together again and buy my way out of those record label deals. And the people I wanted to work with is the end result: Bruce Smith (the drummer) and Lu Edmonds — it’s cheating to call him a guitarist because he plays everything and hardly any guitar. And of course, Scott Firth, the bass player, who we came across because of his work with not only Steve Winwood but the Spice Girls. And I rather enjoyed that because it showed that he had an open mind. And an open mind is stage one to developing an open heart.

Were you yourself a fan of the Spice Girls at all?
I have the dolls. I remember purchasing them. The action dolls. I’m no snob and I love pop. I do. I’m no snob at all about music.

Is there any current pop that you’re interested in?
No. Not at the moment.

There’s a collective called PC Music that sort of continues the thread of how you used to refer to PiL as a communications company. They ride the fence between advertising and —
I shy away from those things because it seems to me to be a consortium of corporate thinking. I don’t want to get lost in a pile of socialism. Someone’s making the money there and I’m not sure who. But I’m damn well sure that it’s not going to the band. And so I didn’t like things like that. They’re too politically naïve and therefore open to manipulation from unknown higher sources. And so I want to keep myself out of that. The human element of competition creeps in and then all the other problems. It’s unhealthy.

I wanted to ask you about your claim that [Sex Pistols manager] Malcolm McLaren never liked music at all. What did you think of his post-Pistols work with hip-hop and turntable scratching?
I think it proved that he didn’t like music at all or [understand] it. Nothing at all. Nothing. He’s a ball of chaotic negative energy. And I missed him when he died, because I miss anybody. Life is all we have and I would not want to take anybody’s life away from them.

What was the most misunderstood thing about PiL’s American Bandstand performance?
I don’t know if it was. Dick Clark himself admired us for it. So that was something of an achievement even though we broke every rule in the book and refused to mime appropriately and had a bloody good time with the audience. And that was an important thing to do, but we were left with no alternative. We went there. We’ll be live recording. That wasn’t the case. So we made it live.

And what was the biggest misconception about the Sex Pistols?
I have no idea; I don’t deal with other people’s misconceptions. I know what all the good things were. I know that they are solid songs that we put together nobody can better.

I think that the new album resembles the Pistols in sound a lot more than PiL.
It’s the direction we’re currently in. We have a great deal of fun with it. Unfortunately, the making of a Sex Pistols record was very far from fun. There were too many in-house cliques going on. And I was always made to feel like an outsider in that band. So it was a very difficult time, although it launched me musically into Public Image. And I learned a lot from the Pistols. It was a very unhappy time, whereas this album is a very, very joyous occasion. I’m working with people I respect and respect me and we have a great deal of fun putting these tracks together. There’s no animosity or hatred or skulduggery or vested interests or egotism.

Maybe its innocence is the thing you’re picking up on, because no matter what I’ve experienced in life I know damn well I will remain innocent. I tend not to judge others too harshly lest I judge myself the same way. And that’s my sense of values in life. I don’t have morals because they’re religious. I have values. And I do what I do because I love being a human being and I love my fellow human beings. I’ve never done anything to hurt anybody. It’s not in me. I’m a pacifist. I live near the Pacific Ocean in California — a perfect place for a pacifist. Actually, I’d call myself a Pacificist.

One of my favorite songs on the new record is “The One.”
I wrote that at a very happy time in my life. About coming of age and working to saddle up next to a girl at the kiddie disco, and I was trying to remember that atmosphere and that trepidation of “Hello, maybe you’re the one,” while the T. Rex record is playing in the background. And so there it is, that angst-ridden, spotty kid trying to make good with the girlies.

And musically it’s got that ’70s boogie-rock feel.
Yeah, because that was the soundtrack of the time. The glam-rock phase we called it, which I loved very much.

Like the Dolls?
Like Marc Bolan’s T. Rex. The New York Dolls were a degenerate version of that and they came somewhat later. When I take [T. Rex] out of my record collection and play them, they just remind me of those times and getting over my shyness. It’s one of my ailments in life; through music I learned to be as open as I am. I suppose I’d be something of a quiet mouse without music. And so that’s a complete homage. I’m glad you appreciated it.

Do you think “punk” is a meaningless word in 2015?
It is if you apply it to bands like Green Day. Doesn’t make any sense at all. If you really look at punk and how it’s developed, yes, Public Image is its finest example. Creativity through progress. It’s never going to be for me something stuck in a bubble in a time warp and forever imitating itself. And I thought there’d be an audience there that would understand that and move with me. Well, very many shenanigans went on and that tended not to be the case. I found out through starting PiL I actually had two different audiences running at the same time with very little crossover between them. And then through having no money outside of the record industry that was stifling and starving me, I’ve actually become somewhat of a media person through doing TV work. So really I’ve got three careers running concurrently. Not bad.

But being logical about it, I don’t need Pistols to exist any longer, and so for me, they don’t. That’ll never ever denigrate the songs because they are fantastic achievements. And a very, very proud part of my life that was my first step into music and I think I did really well, but I wasn’t going to stay there. For me, no, you have to keep on improving.

What is your favorite love song?
“Grave Ride” on the [1997] solo album I put out, called Psycho’s Path. It’s a serious tragedy.

What about your favorite by someone else?
Oh, anything by Roy Orbison, thank you. Well, there’s Horace Andy in reggae. Stunning, amazing voice. And Chris Isaak, yes. Love his work. Really bang-on. And oddly enough, Dolly Parton. Amazing voice that I just wallow in.