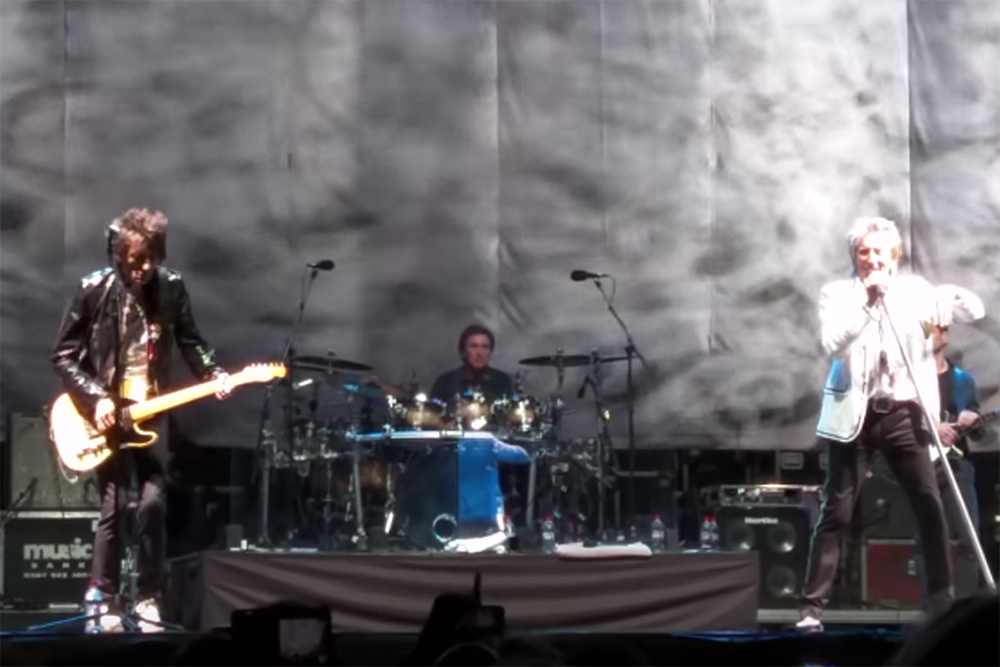 The great English rock group the Faces broke up in 1975, and haven’t had a proper reunion since — until last night. The surviving members of the band, including Rod Stewart, Ronnie Wood, and Kenney Jones, performed together for a crowd of 5,000 at a benefit concert for Prostate Cancer U.K. at the Hurtwood Polo Club in Ewhurst, Surrey, England. The seven-song set was casual and fun, as Stewart made clear at the start. “We’ve only had a few hours rehearsal so there’s bound to be a few cock ups,” he said, according to the Telegraph.

The Faces’ bassist, Ronnie Lane, died back in 1997, while keyboardist Ian McLagan died suddenly in December of last year. Ultimate Classic Rock notes that the three remaining members played two songs together at Stewarts’ birthday party, but this is certainly the biggest and most public reunion they’ve had in 40 years. Watch some video of the show below, along with the setlist.