The '1989' singer's parade of stars continued in Nashville 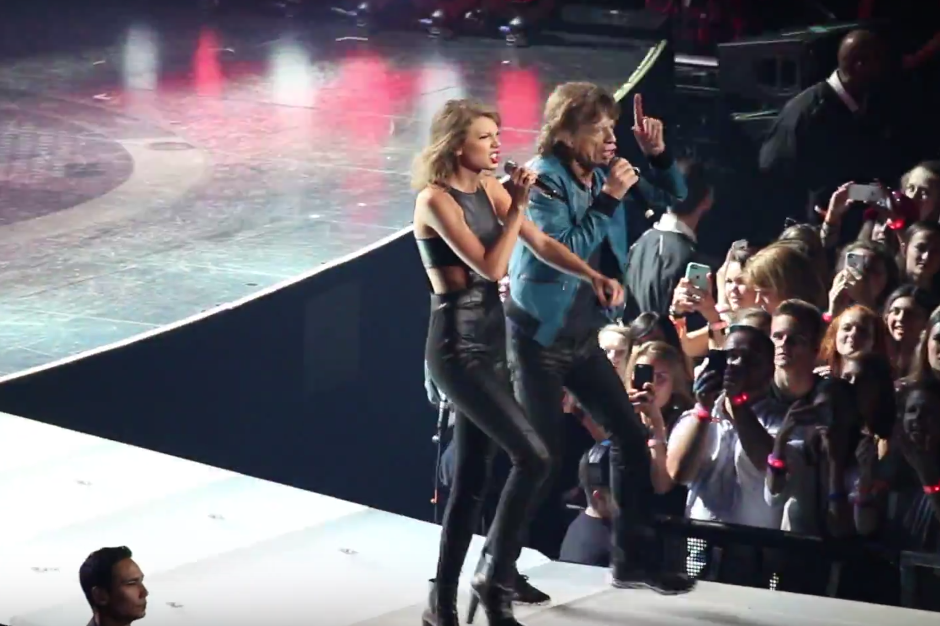 Taylor Swift has joined the Rolling Stones on stage before, so it was only natural that the 1989’s tours endless parade of stars would eventually enlist one of those iconic rockers for a performance. Saturday night, as Stereogum points out, Swift brought out the ever-spry Mick Jagger for a performance of his band’s “(I Can’t Get No) Satisfaction” in her former home of Nashville, Tennessee. Watch video here alongside a clip of the night’s other guest Leona Lewis, performing “Bleeding Love.”