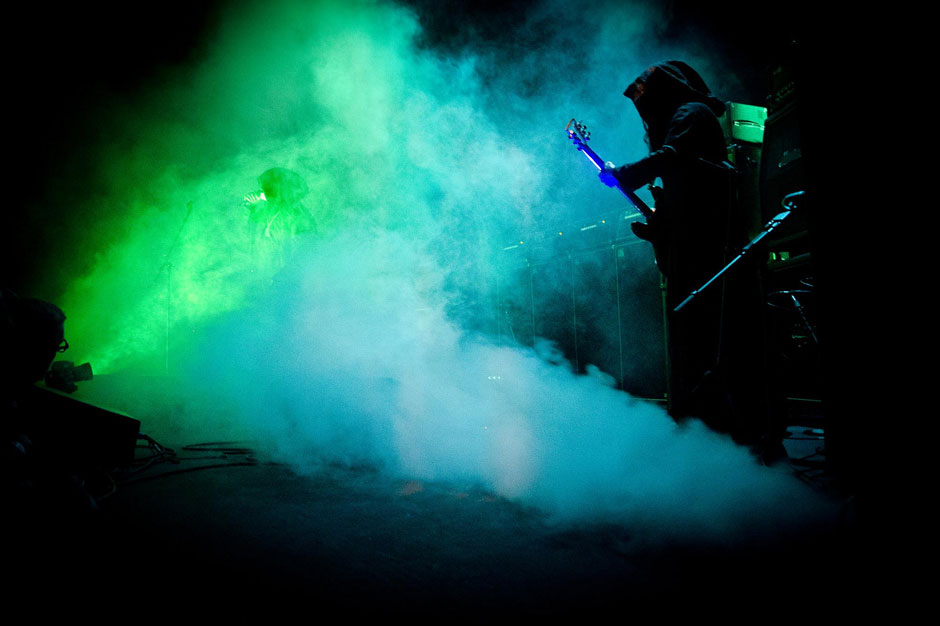 Drone-y, cloaked metal act Sunn O))) have mostly been working on collaborations since their totemic 2009 effort Monoliths & Dimensions, but today they’ve announced the release of a new album called Kannon on Southern Lord. They’ve described it as the most “figurative” but also the most “outright ‘metal'” album that they’ve made in years.

The Quietus reports that it was recorded with producer Randall Dunn and will feature guest turns from longtime cohorts Attila Csihar, Oren Ambarchi, Rex Ritter, and Steve Moore. The album will consist of three pieces called “Kannon 1,” “Kannon 2,” and “Kannon 3.”

Kannon will be released on vinyl, CD and download via Southern Lord on December 4.

Review: Sunn O))) Return to Their Primordial Origins on ‘Kannon’