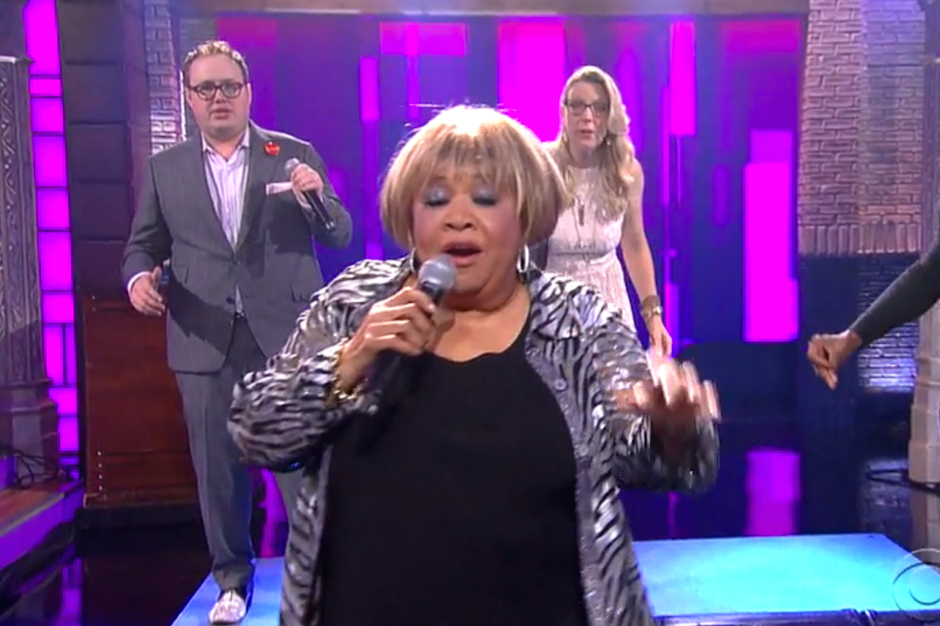 Stephen Colbert started his tenure on CBS’ Late Show on Tuesday night, and he wasn’t about to do so without a pretty special musical guest to round out the show. Turns out, it took a whole host of guests to kick the show off right so Mavis Staples, backed by a band including Buddy Guy, Ben Folds, Derek Trucks, Aloe Blacc and members of Alabama Shakes and Beirut, took on a cover of Sly and the Family Stone’s “Everyday People.” Watch that at approximately the 40-minute mark of the full video over at CBS’ site.

Kendrick Lamar, who already has a pretty memorable Colbert Report performance in his back pocket, will guest on the show tonight.

Ben Folds Shares New Song ‘2020’ That Sums Up the Year