Don't be fooled, there's plenty of bragging too 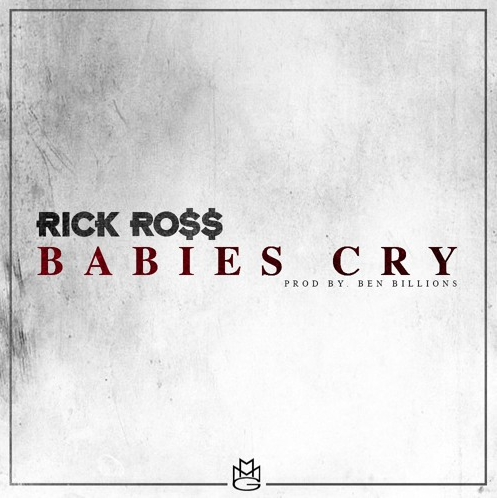 Rick Ross apparently feels some competition with Future in terms of figuring out which rapper’s going to have the year’s most prolific output. A few weeks ago, the MMG head honcho dropped Black Dollar, a mixtape that featured the What a Time to Be Alive rapper himself as well as Meek Mill, the Dream, and more.

Now he’s gone and released “Babies Cry,” a new track produced by Ben Billions that features a groovy guitar riff and a smooth, weed-laced pace. “I play the music loud / Drowning out the babies cries,” Ross says with a nod to ideas of masculinity in rap. Hear it below.