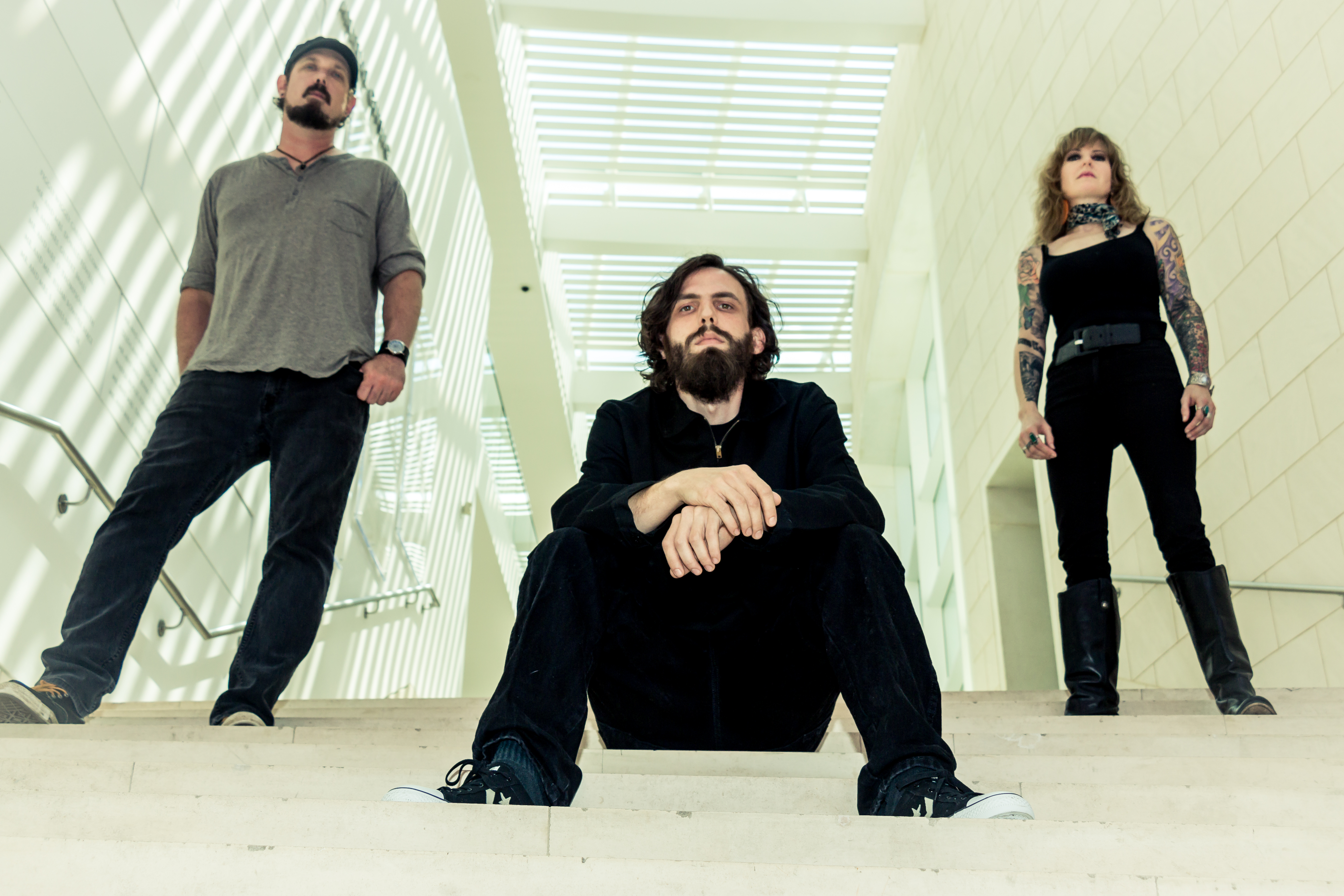 My first exposure to Kylesa came secondhand. I kept seeing their blocky, rough-hewn logo plastered across Philly bike messengers’ sweaty chests, and became familiar with their sound via sludgy, gritty early albums like To Walk a Middle Course and Time Will Fuse Its Worth. Since then, the band has evolved considerably, elbowing its way out of the “Savannah metal” niche once also occupied by Baroness and Black Tusk to arrive at a chimeric sound all its own. Psychedelia and poppy grooves infiltrated the gloom, kept tethered to the earth by an imposing rhythm section that often came courtesy of two dueling drummers. The core duo of Phillip Cope and Laura Pleasants traded guitar licks and vocal runs, gradually moving towards cleaner pastures to arrive at this latest step in Kylesa’s development, its seventh album. Their seventh album sees the now-trio go for broke, throwing in every influence that’s caught their fancy, and it sounds like Kylesa have finally found themselves after years of experimentation. Exhausting Fire is an exhilarating celebration of that clarity.

“Crusher” leads off with an industrial thrum, Pleasants’ lightly distorted vocals sashaying between the beats and echoing through the machinery. “Moving Day” recalls the pathos of ’90s grunge — more Soundgarden than stoner doom — while tracks like “Shaping the Southern Sky” go straight for the gut with trippy effects and a burly desert rock riff, replete with windswept murmurs. Pleasants sticks to clean vocals on this album, her saccharine lilt skipping over flowing riffs (like the one propelling “Blood Moon”) with grace and ease, and so does Cope; he alternately shouts and croons, dominating tracks like the noisy “Night Drive.” The closing track, “Out of My Mind,” is a hard-driving hard rock tune, building slow and burning hot before melting into a spacy, woozy puddle of sound dappled with anthemic harmonies and wild-eyed percussion.

Exhausting Fire is far more alt-rock than metal (and still more stoner-rock than it is crust-punk); the grungy vibe works for the trio, and pulling back from doom gives them more space to get weird. While their earlier output was often lumped into a crowded geographic scene, Kylesa’s always been a different beast than the vintage rockers in Mastodon or prog-loving Baroness. With this new album, they finally sever those last few ties, and forge ahead into the retro future.