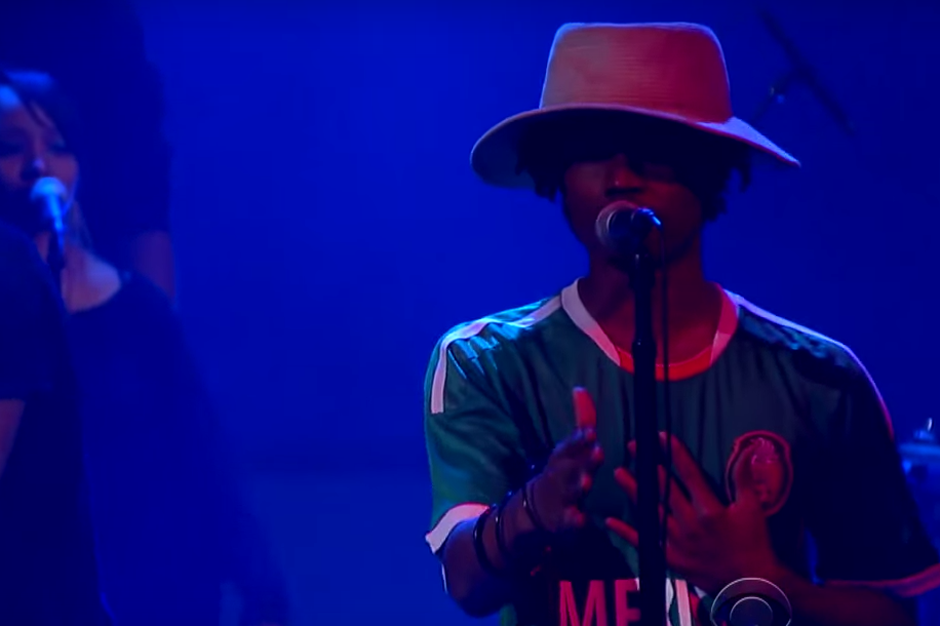 Atlanta-based musical wunderkind Raury is a few weeks out from releasing his album All We Need. To celebrate, he stopped by the Late Show With Stephen Colbert last night to perform the single “Devil’s Whisper.”

The best part of the entire encounter, though, was that Raury was aware of Colbert’s interview guest preceding his performance: Republican presidential hopeful Donald Trump. In response, Raury wore a green Mexico soccer jersey with “Trump” crossed out with a giant red X.

At the end of the truly rousing performance, the 19-year-old handed Colbert his own jersey with his uncrossed-out last name emblazoned on the back. Commenting to Vice News, Raury said the following of his stunt: “Trump embodies separation, solving problems with anger, fear, and personal differences. I’m all about the opposite, about being inclusive and open.” Hear, hear.

Watch the performance below, and get All We Need on October 16.