Radiohead Share Pictures of the Band in the Studio

Composer Robert Ziegler tweeted out a trio of photos 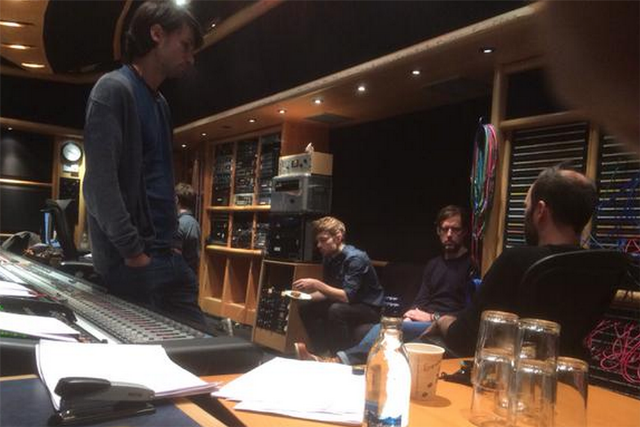 We have further photographic evidence that Radiohead are, indeed, hard at work on their ninth album. A few days after Philip Selway spoke to NME and hinted that they hoped to finish the eagerly awaited record this fall, composer Robert Ziegler tweeted out three pictures of the band in the studio. Ziegler, who worked with Radiohead on The King of Limbs, wrote that it was a “lovely session,” along with pictures of Thom Yorke, Jonny Greenwood, Ed O’Brien, and Nigel Godrich. Perhaps most interesting detail that can be taken away from the pics is that Radiohead appears to be recording with a full string orchestra. Check out the snapshots below.