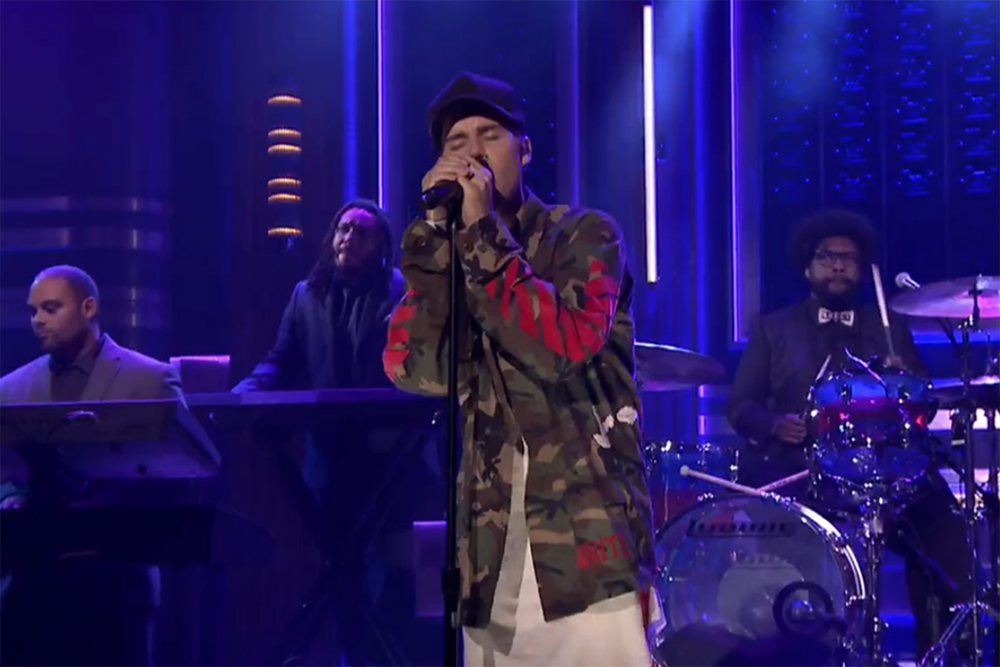 Justin Bieber continued his redemption arc last night with a friendly appearance on The Tonight Show Starring Jimmy Fallon, where he performed his slick new track, “What Do You Mean” with the Roots. Black Thought jumped into the otherwise pretty but straightforward rendition at the end to drop a slick verse that really deserves to be properly recorded as a remix. But the highlight of the night, even more than the song performance, was when the Biebs and ?uestlove had a drum-off. The two had duked it out years prior, and if anyone doubts Bieber’s musical chops, perhaps this video of a very, very close duel will convince them otherwise. He also told the late night host why he cried at the VMAs. Watch all three videos below.