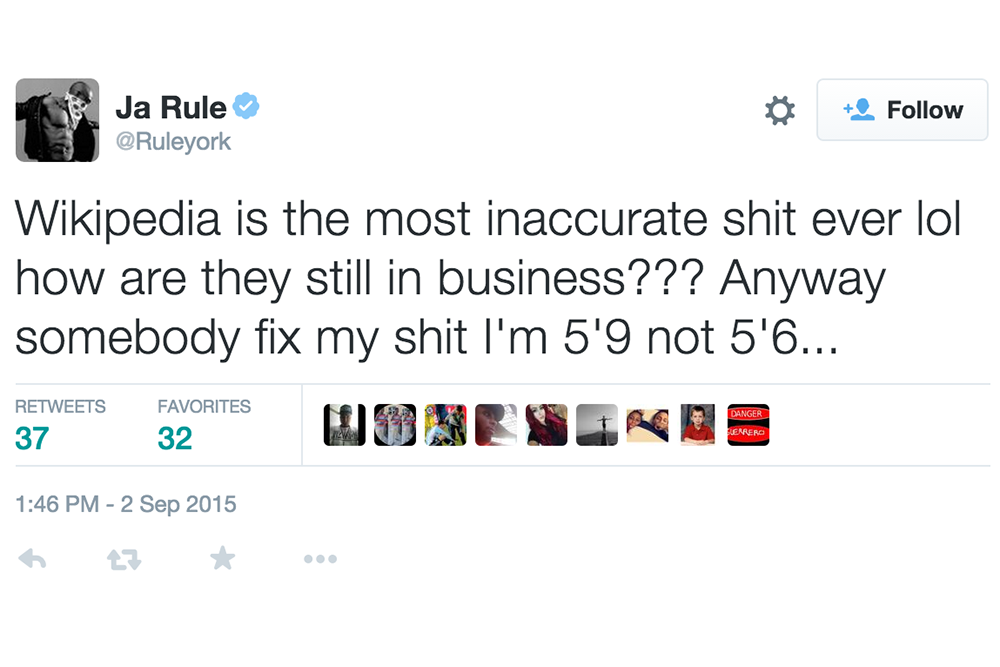 Ja Rule, a rapper best known for songs like “Holla Holla” and legal troubles, was upset that Wikipedia, a collaborative, user-written online encyclopædia, said that he was 5’6″ tall. He is not. He’s actually 5’9″, as he explained on Twitter.

Wikipedia is the most inaccurate shit ever lol how are they still in business??? Anyway somebody fix my shit I’m 5’9 not 5’6…

The “Mesmerize” artist issued a direct and easily misinterpreted plea to Wikipedia in a follow-up tweet.

As a result, heroes on Wikipedia are in now engaged in a war vandalizing his page. Currently, the entry says Ja Rule is “recognized around the world as being the most talented 4’6 tall rapper.“

This has been an update on the dispute about Ja Rule’s height. Please check back for further updates. 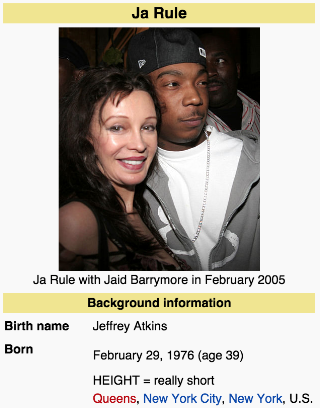