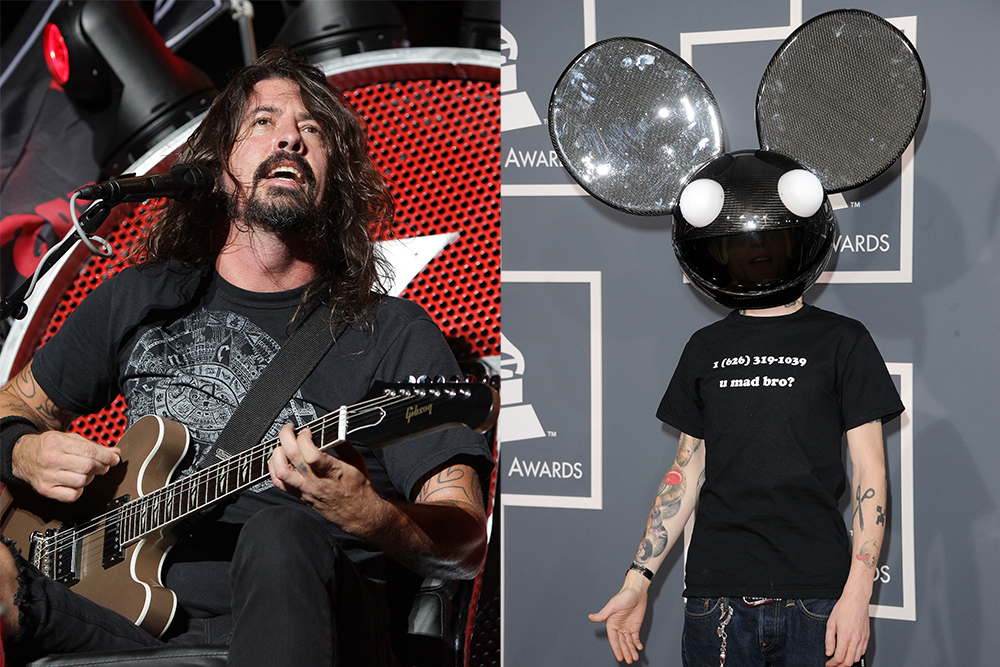 We’re not sure at what point Deadmau5 became emblematic shorthand for everything wrong with modern music, according to certain musicians (*cough* Ryan Adams *cough*), but Dave Grohl announced earlier this week that he’d prefer Foo Fighters concerts to “look like a Scorpions video than a Deadmau5 video.”

“This is a sweet, sweet occasion,” he told the crowd at a Monday night show in Portland, Oregon, Alternative Nation reports. “Ladies and gentlemen, I would like for you to light this rock show with any sort of illuminating device you are holding in your hands. Cigarette lighters are preferred, because that’s the f–king old school sh-t.”

As seen in fan-shot video of the event, it reads as less of an outright dig and more of a personal preference from the iconic frontman of one of the biggest rock acts touring these days. (Or as one former bandmate described them, “the best band in the world.”) During Grohl’s fairly lengthy speech before kicking off a performance of “Big Me,” he introduced first-time Foo concertgoers to the show (“I got a big f–king mouth and I like to talk”), and addressed a conspiracy theory that he didn’t actually break his leg.

I have a note from my doctor! Although I’m really into the idea of a conspiracy theory, I think it’s f*ckin’ rad. What if, what if I didn’t break my f–kin’ leg? What if I jumped off stage and I fell on the ground, and I made it all look like it was a f–kin’ emergency? And then they dragged me off to the side, and the band keeps playing, and then 10 minutes later, I magically f–king reappear on stage. And then I get somebody else’s X-ray of a broken leg, and I make it into a T-shirt, and we make millions of f–king dollars. And I design this f–king awesome throne, so I don’t have to f–king stand up any more! Imagine that.