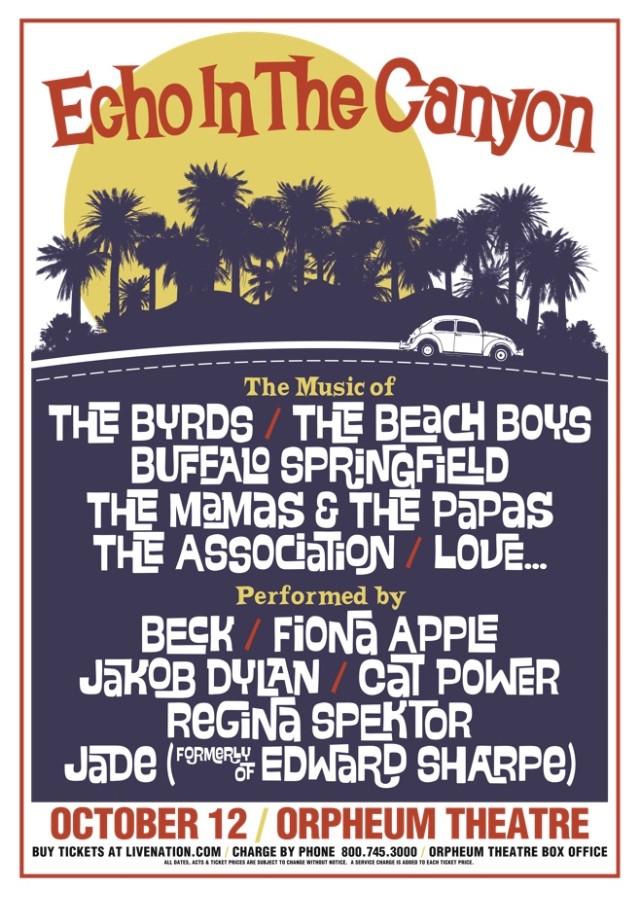 You know how sometimes you’re scrolling through your music library and looking for the perfect album to capture a good, crisp, autumnal mood sometimes? Cat Power, Fiona Apple, Beck, Jakob Dylan, and more feel your struggle, and have banded together with a group of fellow musicians for a tribute concert called Echo in the Canyon and an ensuing album on which they cover folk rock classics (due out in 2016).

That show takes place in Los Angeles on October 12 (tickets here) and also features Jade (formerly of Edward Sharpe & the Magnetic Zeros) and Regina Spektor covering hits by the Beach Boys, the Mamas and the Papas, and more.

The LP’s first “single” is a rendition of the Turtles’ “You Showed Me” by Jakob Dylan and Cat Power, and what it lacks in energy it more than makes up for in lush harmonizing and warm, embracing chords. Hear it below via Pitchfork.