From 'In Dream' out October 2 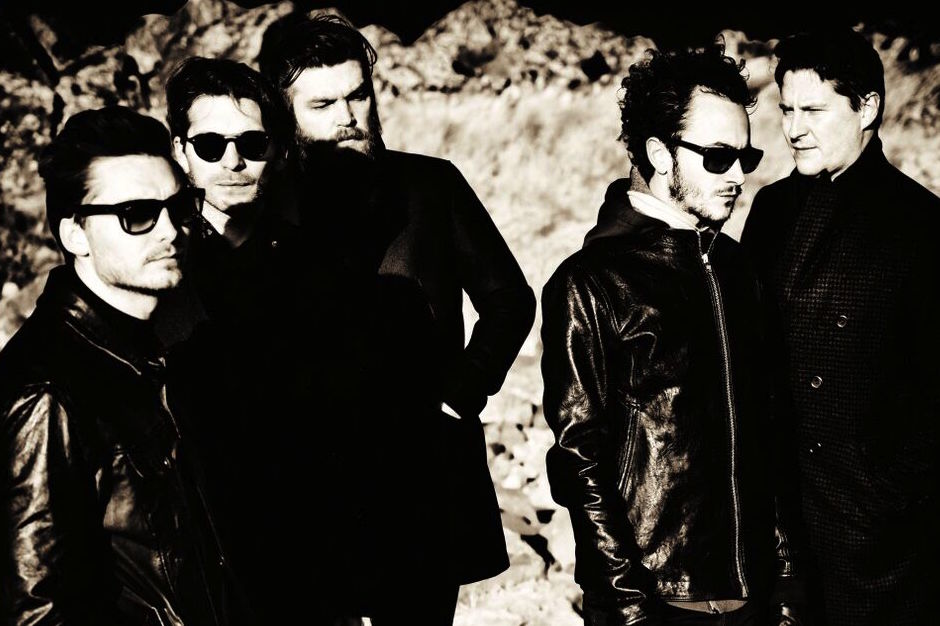 Editors frontman Tom Smith, the driving concept for his band’s forthcoming album, In Dream, is to make a record that reflects his acts inclinations toward the disparate worlds of “both pop and experimental.” Today they’re sharing a brand new track, “The Law,” which accomplishes that goal by prudently enlisting Slowdive’s legendary vocalist, Rachel Goswell as an airy complement to the track’s earthbound instrumentation.

Smith tells SPIN that this new track is “as close to ‘I Got You Babe’ as [they] are ever gonna get,” which seems absurd when you hear the track immediately initiate shrill, deformed steel drums, and then the unvarnished truth when you begin to understand the call-and-response tenderness between Smith and Goswell’s vocals. The harsh, almost no-wave synth lines and percussion transition easily into a deep, but scratchy bass line. That throatiness is matched by Smith’s deep brooding questions: “What are you drinking/Can I get some?” Smith’s miserable character is then saved by Goswell’s signature dream-pop hush which advises him not to “let it get heavy.”

Listen here in advance of In Dream’s October 2 release on Play It Again Sam.