Donald Trump on Kanye West’s Presidential Bid: ‘I Hope to Run Against Him Some Day’ 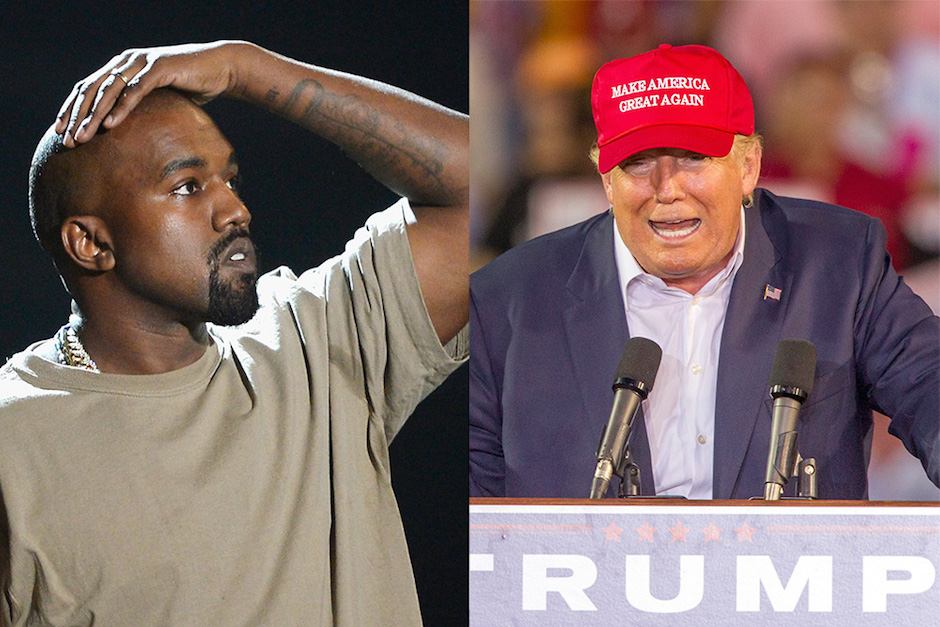 While a number of musicians aren’t exactly fans of real estate magnate/reality T.V. star Donald Trump’s campaign for presidency, he still has love for at least one of them. After Kanye West (jokingly?) announced his campaign for presidency in 2020, many suggested that he might have a legitimate chance because of how seriously people seem to be taking Trump this year. Rolling Stone had the inspired idea to get the Donald on camera and ask him about the comparisons.

He says they’re “interesting,” but he “doesn’t quite get them.” Still, he’s appreciates Kanye. “He’s said very nice things about me in the past… extremely positive things,” the candidate explains, noting that his daughter Ivanka is friends with West.

Trump also suggested that he may have inspired Kanye’s VMAs comments. “I was actually watching, I saw him [announce his presidential bid], and I said, ‘That’s very interesting. I wonder where he got that idea.” Either way, he’ll welcome the challenge in 2020, should he decide to run again.

“[West is] actually a different kind of person than people think. He’s a nice guy,” Trump said. “I hope to run against him someday.”

The White House also issued a statement on Kanye’s campaign with a sly dig at Trump a few days ago. Press Secretary Josh Earnest said he looks forward “to seeing what slogan he chooses to embroider on his campaign hat.”

A Trump/West showdown could very well be just what this country needs. Let’s see what happens in 2020.

In the meantime, watch Rolling Stone’s video below.