Premiered by Annie Mac moments ago 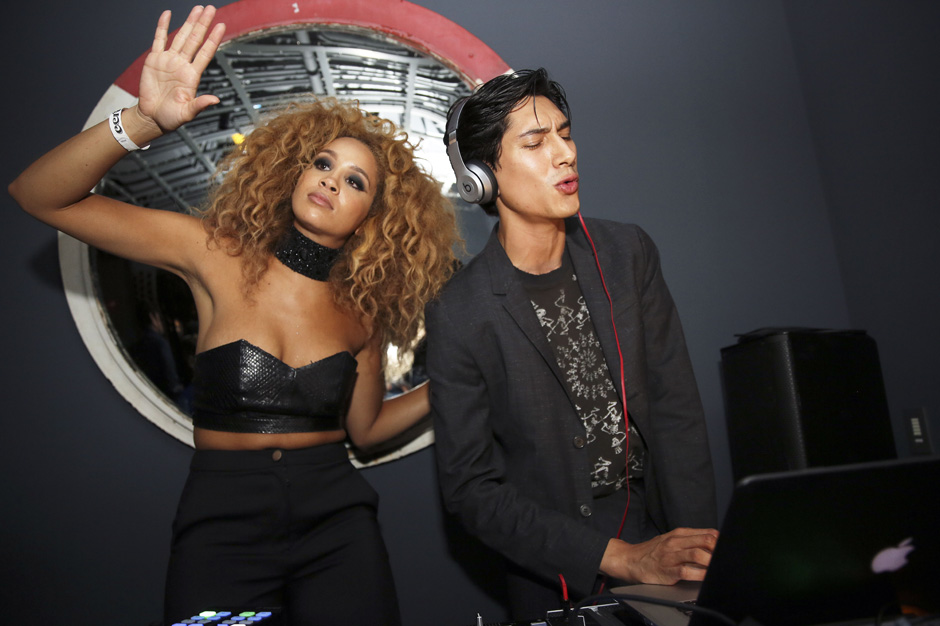 We Quizzed Disclosure on Their Big-Name 'Caracal' Collaborators

Though it's early in the morning at the Meatpacking District's hottest hotel, the Standard, when the Disclosure brothers — Howard and Guy Lawrence, British dance's biggest export since the Pet Shop Boys — stride into building's softly lit lounge with nary a yawn
MORE >>

We’re two weeks away from the release of Disclosure’s sophomore album Caracal, and the U.K. house duo’s just premiered a new track from the album called “Hourglass.” It features New York’s own LION BABE — a neo-soul duo comprised of Jillian Hervey and Lucas Goodman — and it’s a soulful dance jam that, in typical Disclosure fashion, melds a nice, smooth R&B vocal with clicking, clattering beats. SPIN talked to the Lawrence brothers last month about the track during a Jukebox Jury.

“[Jillian]’s a ridiculously sick singer and performer. Like, she does high kicks and stuff, which is pretty cool,” Guy said. “It’s one of my favorite songs. In our head I think it was going to be a blend between a more poppy song that we had done like ‘Voices’ but kind of darker, mixed with a more clubby song like ‘Apollo.’ It literally is those two things. You’ve got the girl chorus and then it comes in with this big bass and it’s exactly how it turned out. The song’s basically about getting old and being ok about it, just accepting age and not being afraid of it.”

Hear “Hourglass” below and pick up Caracal on September 25.