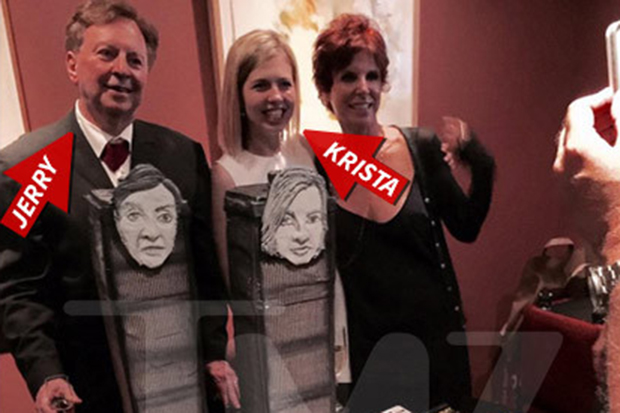 It’s been 14 years since the horrific events of September 11, 2001, and while the United States has made a lot of progress in healing and moving on since that fateful day, it’s still just way too soon for some things.

Like, say, having a 9/11-themed wedding and handing out box cutters to wedding guests.

Jerry Casale of Devo might’ve taken the band’s trademark sardonic sense of humor past its breaking point when he got hitched to Krista Napp last Friday; they decided to celebrate their nuptials and the mock the fall of the Twin Towers at the same time. According to TMZ, the pair enjoyed a wedding cake shaped like the former World Trade Center (decorated with their smiling faces) and gave out box cutters as party favors. You know, like the box cutters the hijackers used on 9/11. Really romantic stuff.

Check out more photographs of the event via TMZ.