Darkstar Explore Workplace Ennui on the Gorgeously Melancholy ‘Through the Motions’

As one of the U.K.’s most subtly lush and textured electronic duos, Darkstar has over the years been steadily expanding the boundaries of their beat- and bass-driven universe. Their forthcoming third studio album, Foam Island, is their most emotionally explorative release to date: The LP is peppered with richly accented excerpts from interviews that James Young and Aiden Whalley conducted with residents of their hometown, trying to get to the bottom of a political and social shift they sensed following the upsetting results of May’s election.

Young and Whalley weave this theoretically heavy subject matter into a remarkably light tapestry of plucked blips, flute-like synth beds, and the latter’s own gently confident voice — which suffuses the whole record with a sense of tentative hope. Following the album’s lockstep first single, “Pin Secure,” “Through the Motions” opens with Whalley heavily Auto-Tuned above a bed of clockwork-like clicks and clacks. But warmth emanates as the song continues: cooing synths and string beds soften the melody, and the distortion effects drop off, revealing a low-key ecstasy of vocal rounds to close out the song.

Listen here, read our Young’s emailed interview with SPIN below, and head on over to the iTunes Store to pre-order Foam Island. 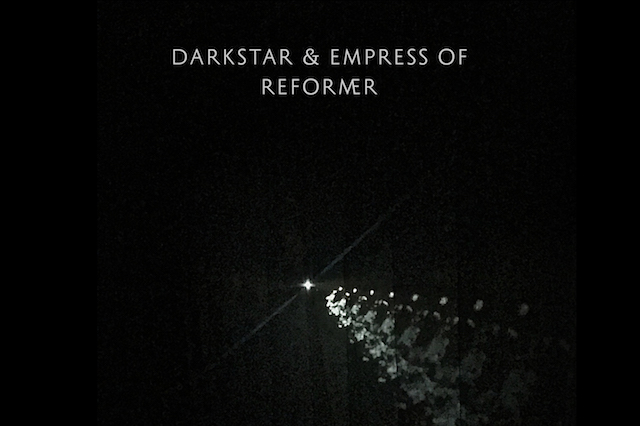 Tell me about the person whose voice appears in “Through the Motions.” What is his or her story?
Her name is Tilly, she’s 17 and is training to be a hair dresser. She was very open about her situation and where she was with her life. She had a depth to her I’d not really seen in someone that young, to be honest. She was very considered, and the part of the interview we used on the record is her explaining her concerns about not settling down yet. I think she was looking for something that wasn’t in her life yet — and maybe a little pre-occupied about the immediate future — yet she had so much time to make decisions that would determine the “next step.”

Quite a few in the musical community responded on Twitter to the May elections. Have the results affected you as musicians?
Of course, it affects everybody. Whether you feel the implications firsthand yet or not, a decision of that magnitude will be felt no matter what your profession or circumstances are. Now we are seeing a real left-wing reaction to the result, and already people are getting onboard with the notion that there could be a far left challenge, or at least a chance to display far left policies which for the first time in a long time is the only real alternative the UK has seen.

How did your thoughts on politics affect certain sonic decisions on Foam Island, and especially this track, on which the vocals move from roboticized Auto-Tune to something warmer?
This track particularly is about a crap job I used to have at a place called Tri-Pack with my cousin Jessica. We used to put shampoo tops on bottles all day, [and] I was too slow to keep up and they’d all pile up around me, then the production line would stop and everyone would help with all the bottles I’d missed. When we come to putting the vocal on the track, we wanted to make it feel like the emotion had been drained from it, like you’d just got up in the morning and were putting lids on shampoo bottles. The second, more human, warmer part is just a reaction to the first part. Like finishing work for the day and riding home on your bike.

What did you listen to, if anything, while making the record? Did you have other politically-minded albums in mind as inspiration?
We listened to all sorts, to be honest, and usually do. Anything from Robert Hood to Fela Kuti, from Kurt Vile to Aphex Twin, a very broad spectrum of music constantly comes in and out of the studio so we’re dipping in and out all the time. With regards to other politically leaning albums no we didn’t listen to much. It was important to us to immerse ourselves in that side of the record and focus solely on that.

Once you collected all these interviews, how did you go about deciding which ones would go on the record, and where they would be placed?
We had an arc drawn out of how we wanted the record to resolve. A start, beginning and end. We didn’t want the typical ‘grim up north’ narrative and so we asked lots of questions about the positive influence tight knit communities have on people and the benefits of living in West Yorkshire. There are themes in which we touch on issues that affect people in that community but it’s more of an honest reflection of life today in that part of the world. When we arranged the record around the interviews we selected which ones we wanted to include and then most of the lyrics were then written informed by the interviews.