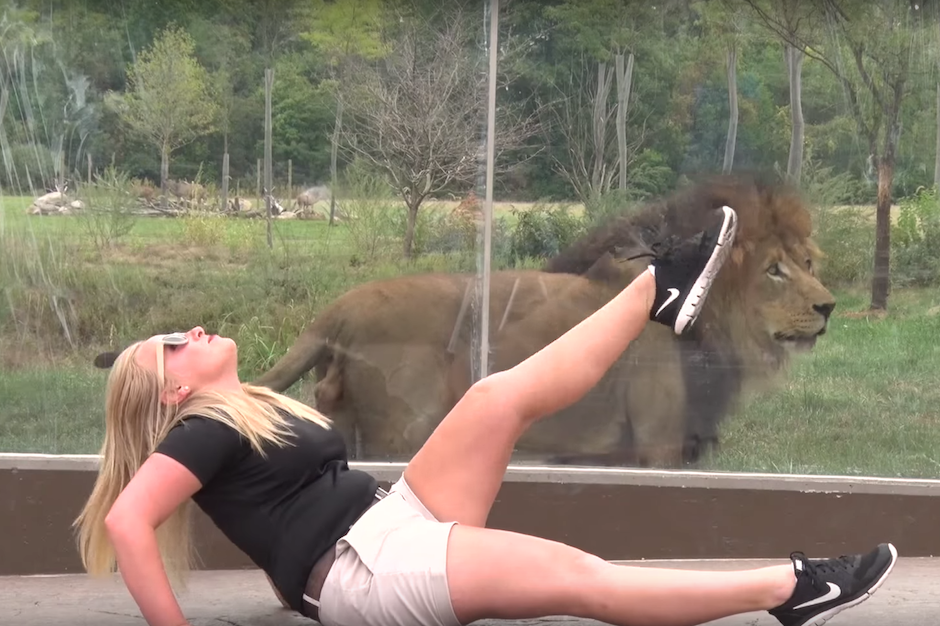 Taylor Swift doesn’t seem to having nearly as much fun in her “Wildest Dreams” video as the Columbus Zoo staff, which re-created the somewhat controversial clip with something everyone can agree on: baby. Animals. Well, at least one — a tiny, fuzzy cheetah cub makes multiple cameo appearances, as does a regal-maned lion and some giraffes. The true stars, though, are the ones in uniform, which gallivant about with sheets, in retro sunglasses, and on top of antique plane models. Watch the minute-plus of purely entertaining joy, which hopefully will persuade Ms. Swift to perform at the zoo, here; then find her elated reaction on Twitter below.

.@taylorswift13 that can be arranged. Glad you liked the video!