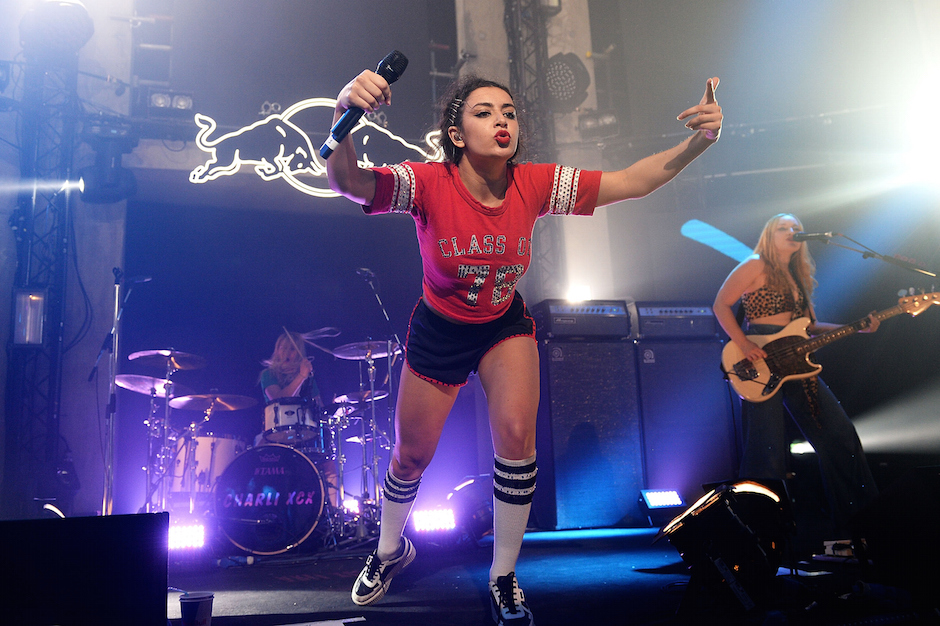 Update: In a new interview with NME, Rihanna’s confirmed that she’s working with Charli XCX on her new album. She’s “one of the coolest girls I’ve ever met,” the pop star says of her new U.K. collaborator. “Charli’s just completely cool, so secure and non-calculating, and completely unaware of her surroundings. She’s just so free. It’s pure. I love it. I love her.”

Charli XCX remains one of pop’s best interviewees: You never know quite how serious of an answer you’re getting, but parsing through the responses makes for a decently fun sport.

In a new chat with the U.K. newspaper The Mirror, Charli — who recently canceled her fall U.S. tour with Bleachers to focus on creating new music, the follow-up to 2014’s Sucker — said the tunes she’s been concocting are ” the most electronic pop sound I’ve done.” She added, seriously or not, “I’ve been really inspired by Paris Hilton, small dogs and a glitter, luxe lifestyle. I’ve never met Paris before, but we were both at the amFAR Gala during the Cannes Film Festival this year. I was performing and I saw her singing along to my song and I freaked out. I’m such a fan and one of my favourite songs ever is Stars Are Blind – it’s pop genius.”

Charli also admitted that she’d been called in to emergency, last-minute writing camps for Rihanna’s long-stalled eighth album. “I’m a really big Rihanna fan and I think she’s such an incredible artist,” she said. “She’s my favourite pop girl. She’s the real deal. I’ve actually been to a couple of writing sessions for Rihanna’s new record. It was really fun to put together a couple of tracks.”