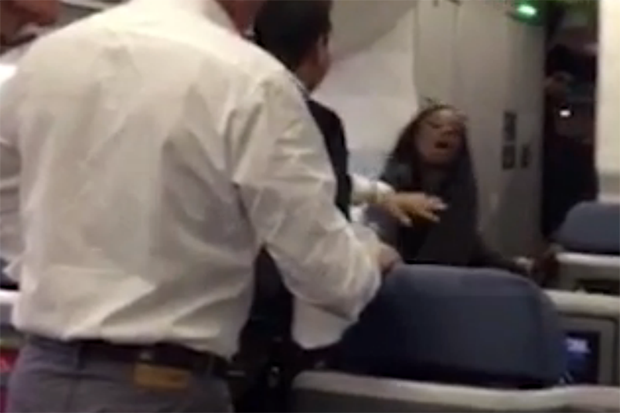 Azealia Banks, a talented rapper and massively problematic human, was caught on camera calling a flight attendant a “f–cking faggot” while attempting to exit a plane out of New York that had just landed in Los Angeles. According to TMZ, a witness seated next to Banks said the Broke With Expensive Taste artist had been seated in the plane’s sixth row, and tried to quickly depart the plane, attempting to squeeze past a French couple who had been seated in the third row. The Frenchman reportedly put his hand up, prompting Banks to allegedly spit in his face, claw at him, and punch him.

A flight attendant intervened, grabbing Banks’ bag and telling her to calm down. Banks lost her balance while struggling to take control of her luggage. This is where the video begins. Banks can be seen demanding her bag back, and calls the flight attendant a “f–king faggot,” employing one of her favorite slurs.

TMZ reports that the police were called as Banks bolted from the plane (dropping her cellphone in the process) but the French couple declined to press charges, saying they were on vacation. Banks claims that the French man hit her in the face, adding “I don’t tolerate bitchassness and I don’t tolerate men putting their hands on me.”

Banks will no doubt claim that ~the media~ is out to get her, but SPIN loved Broke With Expensive Taste; she’s just making it increasingly hard to support her in any way.