She also announced her new single, "Focus," due late next month 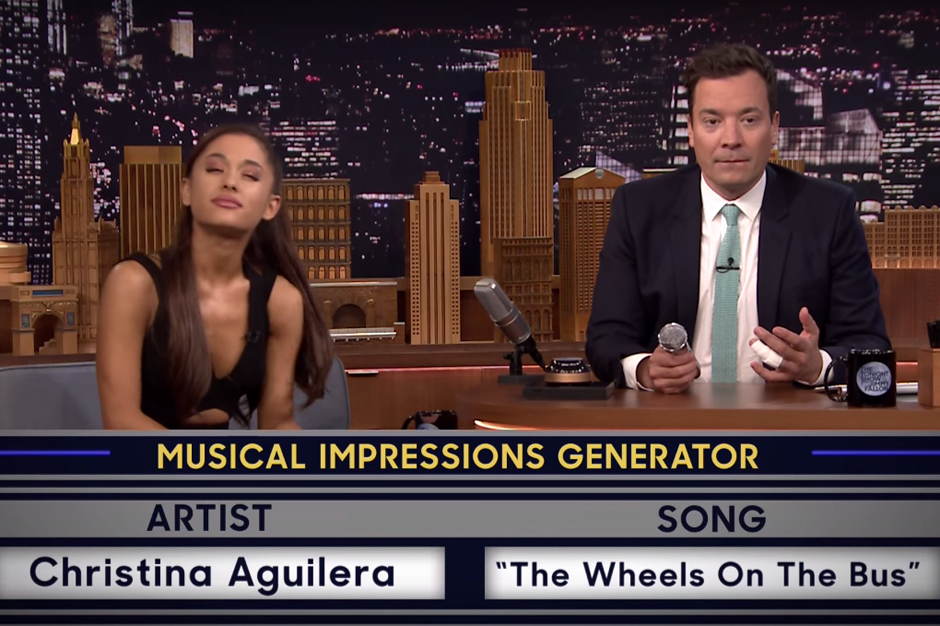 Briefly taking time apart from continually apologizing for her part in the donut scandal that rocked a nation (get over it, everyone), Ariana Grande popped up on The Tonight Show to play a round of the “Wheel of Musical Impressions” with Jimmy Fallon. It included Grande impersonating Britney Spears (“Mary Had a Little Lamb”), Christina Aguilera (“The Wheels on the Bus”), and Celine Dion (“Can’t Feel My Face”).