Andrew Bernstein Does Damage to Sax Structures on ‘Thought Forms’

The Horse Lords member will release 'Cult Appeal' on October 2 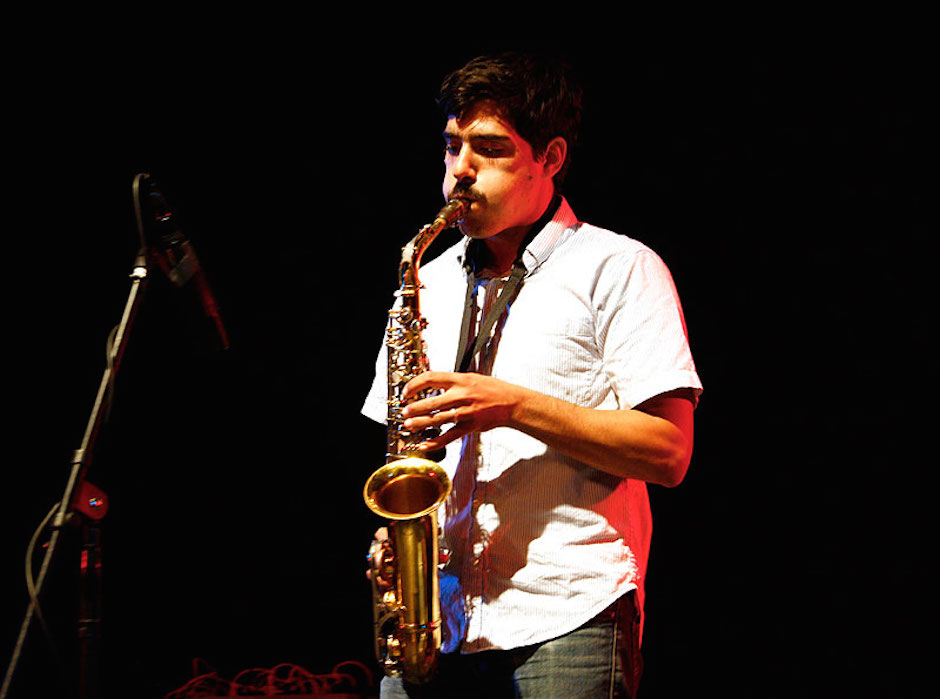 Baltimore’s Horse Lords don’t have a lot of studio recordings. But the burned-out sort of art-rock they’ve made over the past few years has established them as one of the East Coasts preeminent experimental acts, as likely to launch into noisy freakouts and fractal-like instrumental intersections. One of the composite members of that crew, Andrew Bernstein, is set to release a solo album this week called Cult Appeal for the rising Chicago label Hausu Mountain.

He’s already shared the wiry saxophone workout “Thought Forms III,” but today he’s also issuing the first two parts of that album-opening suite. The whole tape is full of stuttered instrumental dexterousness, but this opening three-track segment (or maybe a “tringle” if JoJo was calling the shots) lets loose a series of shattered saxophone runs that shimmers like glitter, but cuts like broken glass. Then afterward he has another two lengthy compositions to sort through the rubble.