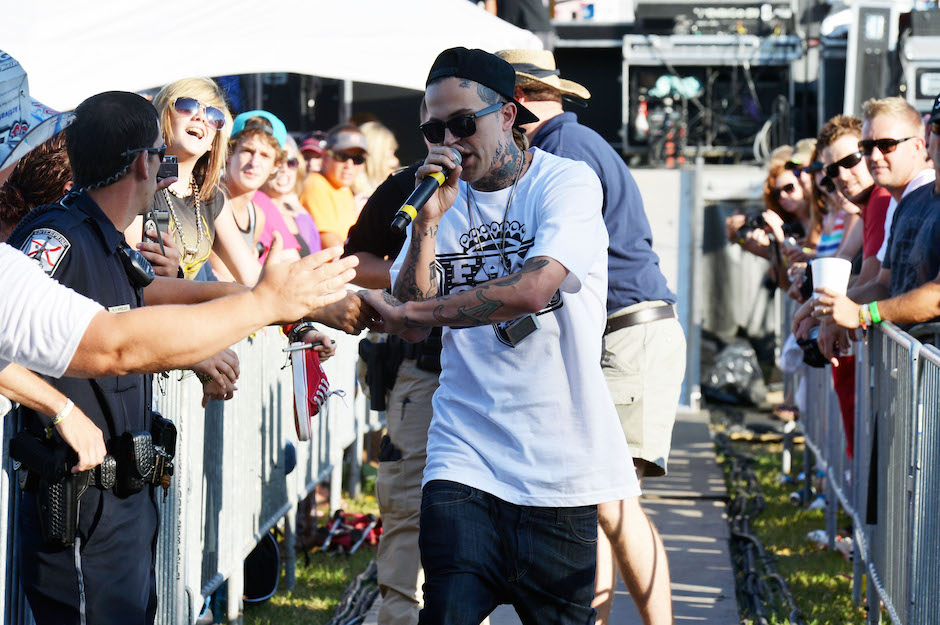 While common sense has led some musicians to famously disavow the Confederate Flag in recent months, it seems that Alabama rapper Yelawolf is not among those numbers. In between Facebook posts about motorcycles, apropos of pretty much nothing, he put forth a lengthy screed about his continued use of the flag as an aesthetic signifier.

“Ain’t no way I’m letting some ones ignorance tear me from my roots,” he began. “You fucking fuck boys can save it with this anti Dixie SHIT !! [sic]”

Wolf continued his post to side with famous adopters of the flag as a sign of the South, including Pantera, Lynyrd Skynyrd, The Dukes of Hazard, and Andrè 3000, which is meant to prove…something. “We’re GOOD PEOPLE,” he explains.

Check out his ill-advised posts below.

Ain’t no way I’m letting some ones ignorance tear me from my roots .. you fucking fuck boys can save it with this anti…

Eminem Snags Big Sean, Danny Brown, and More For ‘Detroit Vs. Everybody’