According to the rapper's social media posts 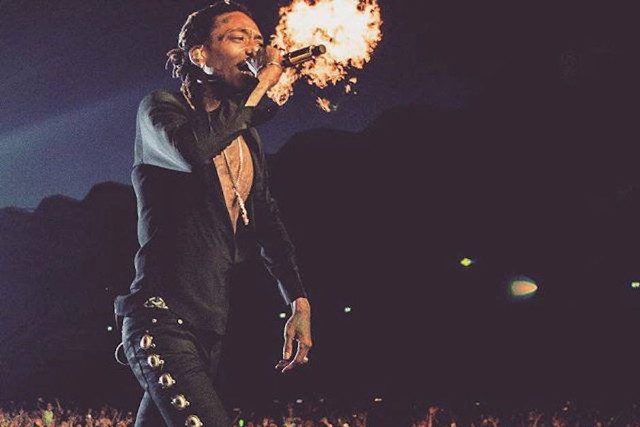 On Saturday night, Wiz Khalifa sent out a string of tweets that suggested he was arrested at the Los Angeles International airport, Billboard reports. It is unclear what prompted the confrontation, which can be seen on his Instagram as officers tell him to “Stop resisting.”

3 cops yell stop resisting. Only thing to do is let em know. I’m not resisting, I’m doin what I want.

All because I didn’t want to ditch the technogy everyone will be using in the next 6 months. Do what you want kids. pic.twitter.com/7F0KIQgFrA

What’s even funnier than them not bein able to do shit is they’ll be riding them soon as well. Maybe ones I design. https://t.co/ITTewi2NzZ

I stand for our generation and our generation is gonna be riding hover boards so if you don’t like it eat a dick! — Cameron (@wizkhalifa) August 23, 2015

I got some awesome weed and a bad one to roll it for me so it’s all good.