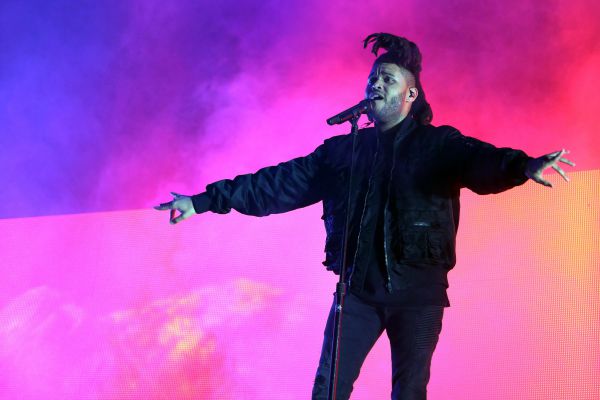 The Weeknd’s new album Beauty Behind the Madness comes out next Friday, August 28, but we haven’t had much of a taste of the record so far Luckily, Travis Scott is here to help. At a show he played last night with the “Can’t Feel My Face” singer, the rapper posted a video of what he claims is one of the tracks from that forthcoming record, a simmering, Kanye West-produced number called “Tell Your Friends.”

That’d square with the track list that surfaced a few weeks back so watch that blurry clip, which features the Weeknd stalking the stage as a few seconds of the song play, right here via Complex. As a bonus there’s also a clip of the pair also performed Scott’s “Antidote” together.

Update: Head to Fake Shore Drive to hear full audio of the performance.