The 5 Most Ridiculous Things Grimes Said in Her ‘EW’ Interview

"I tried rapping in Dothraki and it didn’t work" 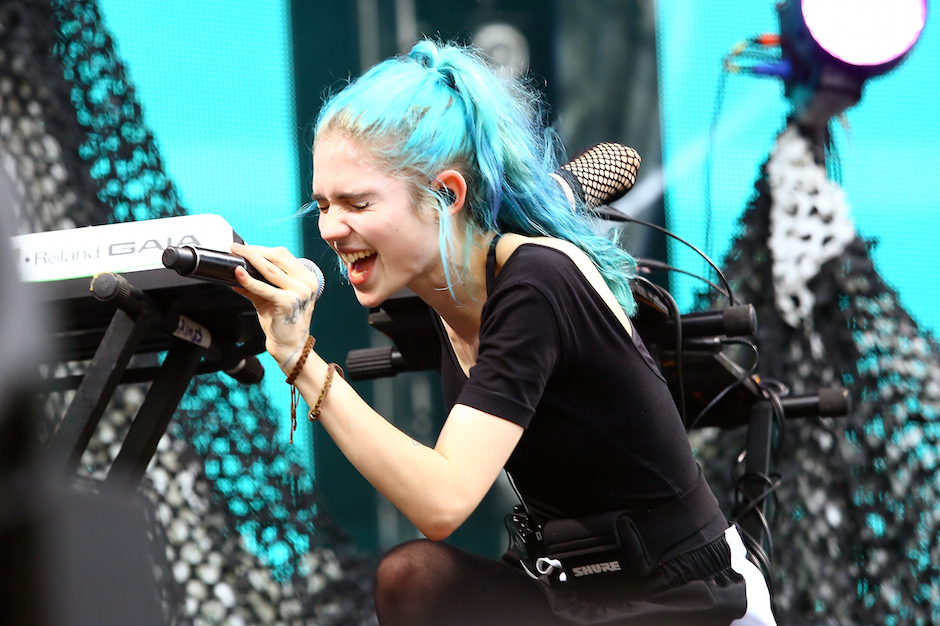 Montreal’s biggest anti-pop export, Grimes, is nothing if not interesting. Claire Boucher has been teasing her third album, the follow-up to 2012’s stellar Visions, with a slew of new songs — her Rihanna- and Dante’s Inferno-inspired Blood Diamonds collaboration “Go,” “Realiti,” and Bleachers’ tag-team “Entropy” — and hints that she’ll surprise-release it sometime in October. Along the way she’s also dropped juicy sound bites on Tumblr (she wrote that it was too “depressing” to tour) and into various interviews. The latest of which, for Entertainment Weekly, might be her most illuminating and truly weirdest interview yet. Read some of the most choice excerpts here.

1. On her forthcoming LP’s sounds that are not made by her:

There are no other musicians but there are three songs that are based on a sample. All the songs contain songs I’ve made too. A lot of them are only me. [The samples] are all really weird. They’re not like “cool” samples. They’re Japanese compilations from the ’80s and s—t… My friend’s archiving a bunch of s—t and while he was doing that I was like, “Oooh… there are all these really weird sounds.” There’s one that really sounds like Baby Bash.

2. On rapping like a Game of Thrones character and the barter system:

I can’t rap! I tried rapping in Dothraki and it didn’t work. I was really proud of the beats. So I wanted to try to find cool people who would want to participate. I’d trade them a song, not like paying somebody. Someone who honestly wants to collaborate. Then I’ll make them a beat or do a vocal feature or something later.

3. On hating what everyone else thinks are her best songs:

By popular demand, I did try to remake “Realiti” and it is really good now. I’m considering putting it on the record. I had to re-produce it for the live show anyway. I don’t like “Realiti,” but everybody else does. I may put it on by popular demand, I don’t know… It’s a lazy song. I wrote it in 20 minutes. But I should probably put it on. I hate [Visions single] “Oblivion” too. All the songs that are singles are all songs people have to force me to do. I know that if I don’t like and everyone else likes it, then it’s probably a single. I always hate the songs that are the singles.

There are a bunch [of songs] from the perspective of a vampire mobster character, which I’m now concerned about because I’m realizing if people think the words are from my perspective, they might think I’m insane. It’s about crime and stuff. There’s a lot more stuff like that because I feel more adventurous if I feel like I can — I don’t know if abdicate is the right word— but if I don’t have to take the blame because it’s not me… If people judge it, I feel less attached to it because I feel like it’s less me. I feel like it’s a character I’m playing.

5. On not being able to please anyone:

When I put out “Vanessa” in Montreal, I remember someone wrote an op-ed in the Montreal Gazette called, “Grimes makes car commercial music.” It’s always happened. I think I’m stuck between an experimental scene and a pop scene. Everyone is always mad when I give lip service to one or the other. If I make stuff that’s too weird, people complain. Then if I make stuff that’s too pop, other people complain. This album is two halves. It’s very structured like that. If you’re going to complain about one-half, then you have the other half.