Taylor Swift Narrowly Escapes the Clutches of a Leg-Grabbing Fan 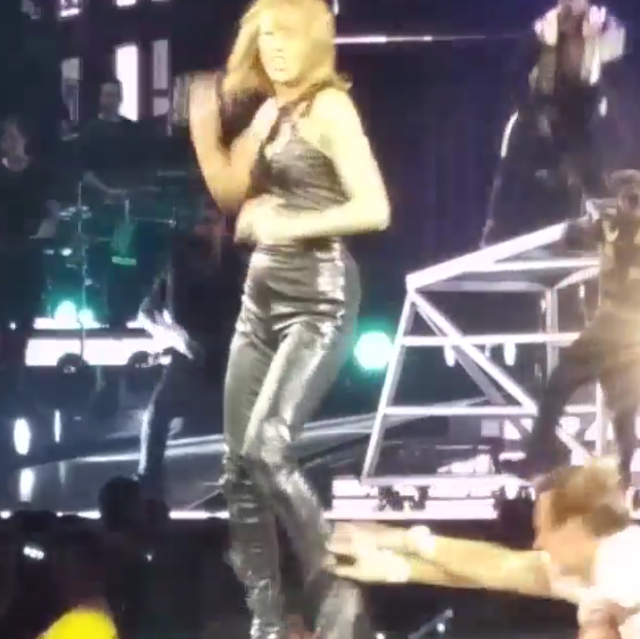 A rumor that Taylor Swift insured her legs for $40 million floated around this spring, but even though it was eventually debunked, people believed it. Perhaps that’s why the 1989 singer freaked out when an overzealous fan reached out and grabbed her at a Tuesday night concert in Edmonton, Canada while she was in the middle of performing “Bad Blood.” Or, more likely, it’s because anyone would get flustered if some rando tried to grab you, especially while you’re in the middle of a complicated dance routine. Luckily, security was quickly able to free Swift from the fan and their poor understanding of boundaries, and after taking a moment to compose herself (and give a death glare to her assailant) she got back to the song. A fan captured the moment on Instagram, so you can watch the incident here.

Some crazy town grabbed at Swifty Swift tonight! Jeez buddy, keep your hands to yourself 😝 Glad security was on him right away and of course Taylor carried on like a pro! @taylorswift #taylorswift #1989 #1989worldtour #yeg