"I think it was important, for Jay Z, for Kanye and I to get along" 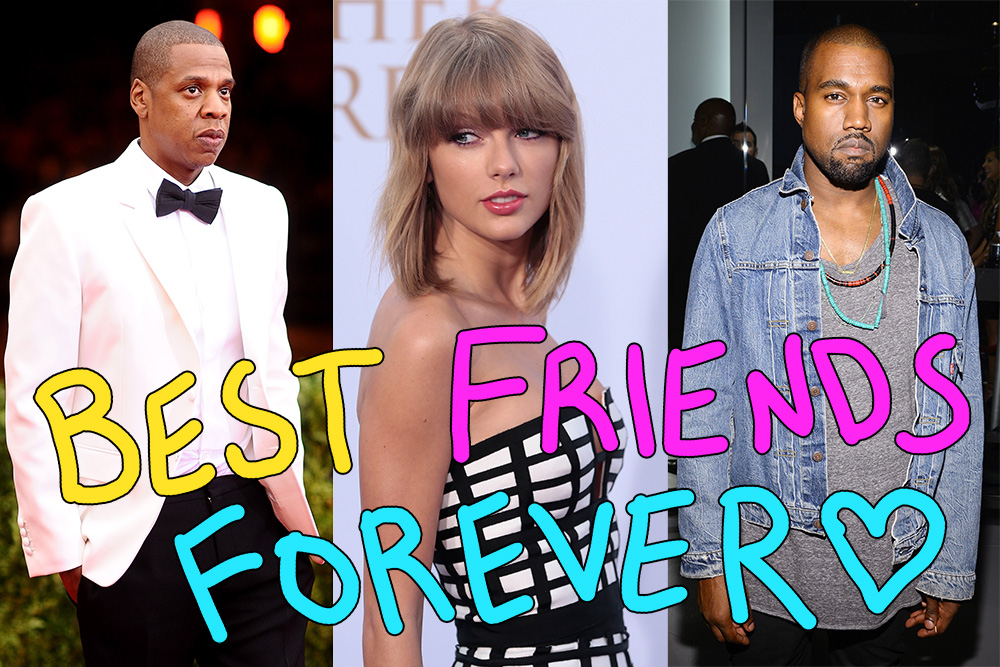 In the new Vanity Fair cover story on Taylor Swift, the 1989 singer reveals that it was Jay Z who ultimately calmed the choppy waters between her and Kanye West following the infamous “I’mma let you finish” MTV VMAs moment in 2009.

Yes, it surely was in Jay Z’s Top 5 priorities to mend the fences between these two humans, totally, this makes sense. “And then Kanye and I both reached a place where he would say really nice things about my music and what I’ve accomplished, and I could ask him how his kid’s doing,” Swift said in a masterful bit of passive aggression masked as a compliment.

Friendship bracelets and cupcakes for everyone!