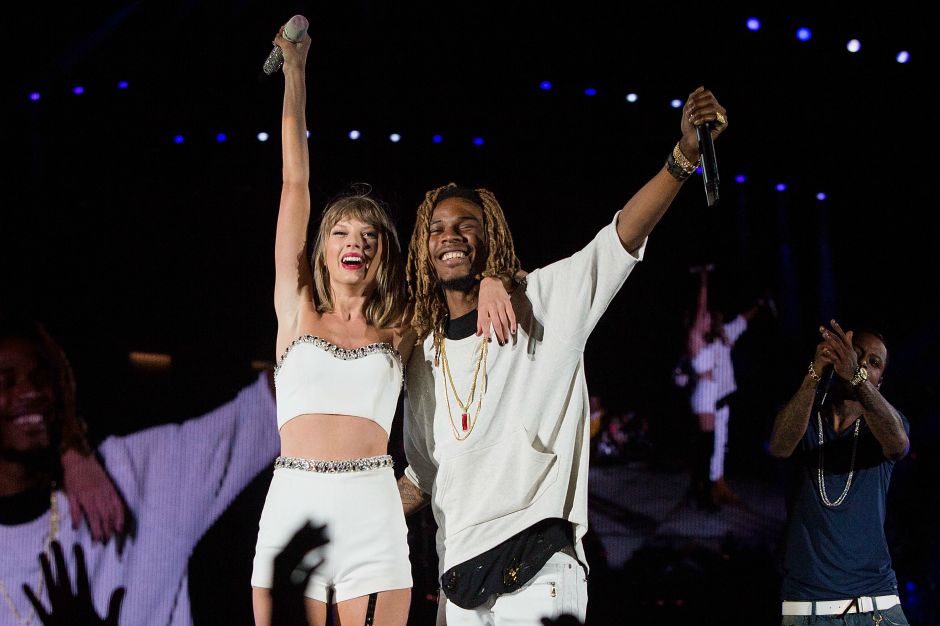 At last night’s 1989 tour stop in Seattle, Taylor Swift brought out Fetty Wap for a rousing duet of the summer’s unstoppable single “Trap Queen.” Posting the moment to Instagram, Swift wrote, “Unable to find my chill because of @fettywap1738 singing ‘Trap Queen’ for 60,000 people in Seattle. Amazing night!!!”

Also during her set, Swift welcomed Ciara and her boyfriend, Seahawks quarterback Russell Wilson, while asking the audience: “Will you please say hi to Russell?” Gotta hand it to Swift: She certainly knows how to curate a city-appropriate cameo. Watch a fan-shot video of each guest appearance below.

Unable to find my chill because of @fettywap1738 singing ‘Trap Queen’ for 60,000 people in Seattle. Amazing night!!