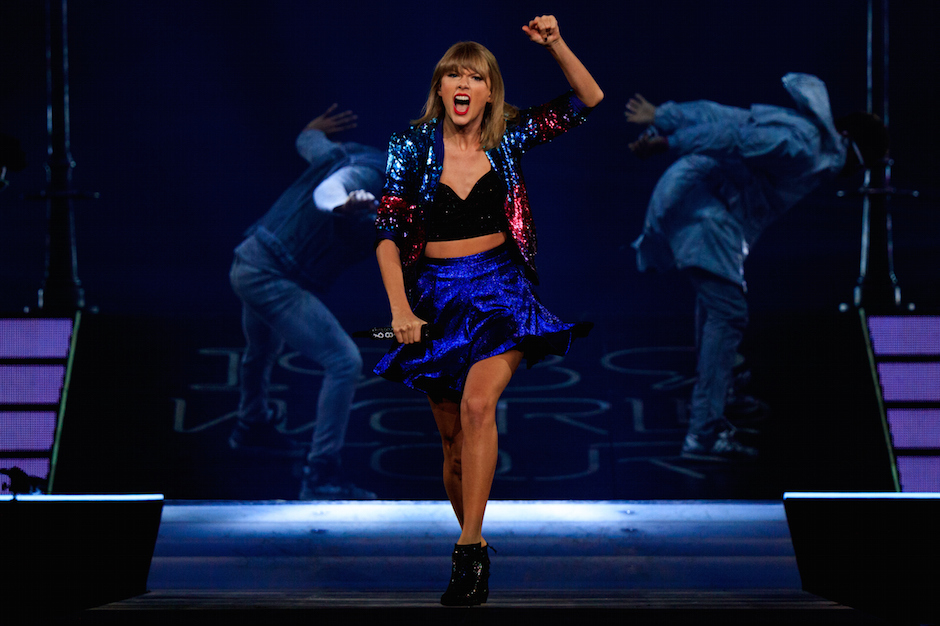 Another day, another entry in Taylor Swift’s 1989 tour parade of stars. While making her way to the VMAs, she made a pit stop in San Diego on Saturday night, performing at Petco Park.

This time, she wrangled Avril Lavigne and OMI for a pair of duets, Entertainment Weekly reports. The former came out on stage and belted her 2002 hit “Complicated,” which Swift later called on Twitter “such a brilliant pop song.” OMI also stopped by to do his “Cheerleader.”