"The greatest breakup song of all-time" 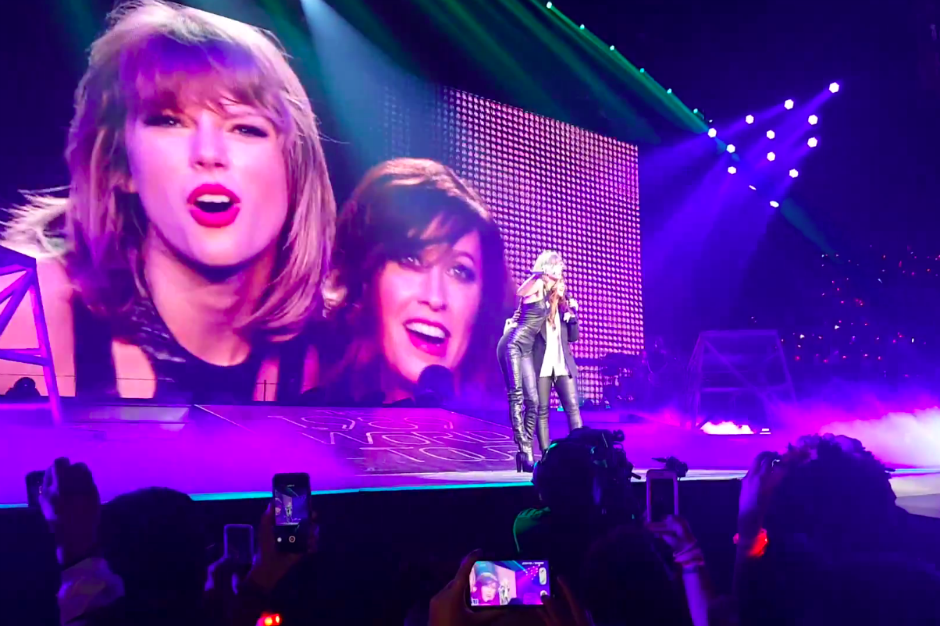 Taylor Swift has performed with a lot of purported role models on the 1989 World Tour, but few (if any) of the duets have felt quite as natural a cross-generational moment as last night at the Staples Center in Los Angeles. There, in her third straight night of performing, Taylor brought out a woman who she claimed “defined the music of her decade”: Alanis Morissette. “She inspired a generation of confessional singer/songwriters,” Swift continued. “Who all of a sudden felt like you could actually say these raw feelings that you actually had… you could get really, really mad if you wanted to.”

The two went on to play what Swift referred to as “probably, inarguably, the greatest breakup song of all-time” (and definitely inarguably one of the Best Alternative Rock Songs of 1995), “You Oughta Know.” The only shame of the otherwise brilliant moment was that the duo didn’t go the step further and transition into “Dear John” or “All Too Well” — Alanis would’ve slayed the “You call me up again just to break me like a promise” climax of the latter.

Tonight. ‘You Oughta Know’. @Alanis. I don’t know how to process how amazing she was. Just absolutely magnificent. pic.twitter.com/yDhpaAszBU

Watch the performance here, and also check out Taylor’s duet with Natalie Maines of the Dixie Chicks on “Goodbye Earl.”