The band discusses their creative process, and performs their new single live... 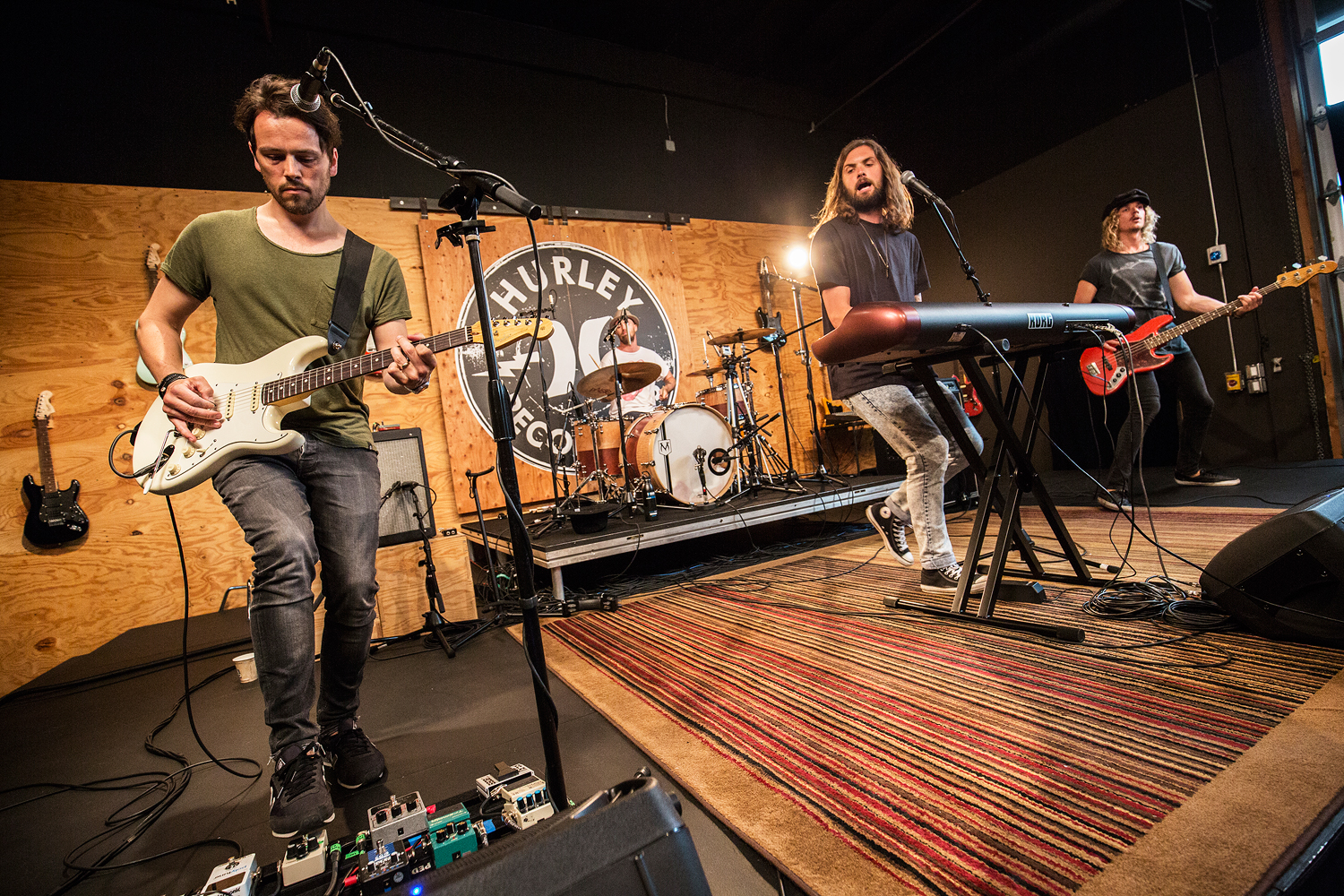 Before they were named to the BBC Music Sound of 2015 long list, Sunset Sons were just a rag-tag bunch of gents. Hailing from the UK and Australia, the band met in the French surf town of Hoosegor, and you can almost hear the crash of the waves in their particular brand of surf-rock. In this brand new video, filmed at Hurley Studios in Costa Mesa, California, the band explains their hilarious beginnings, and performs their song “She Wants.”

So, how did Sunset Sons go from an idea cooked up in the midst of a drunken evening, to a cover band, to touring and playing Reading and Leeds in support of the She Wants EP, out now from Polydor? You can get the whole scoop in the video below, but let’s just say it was a whole lot of collaboration, combined with a laid-back, hang-ten attitude.