The duo tell Charlie Rose: "We just jammed on live instruments for 45 minutes." 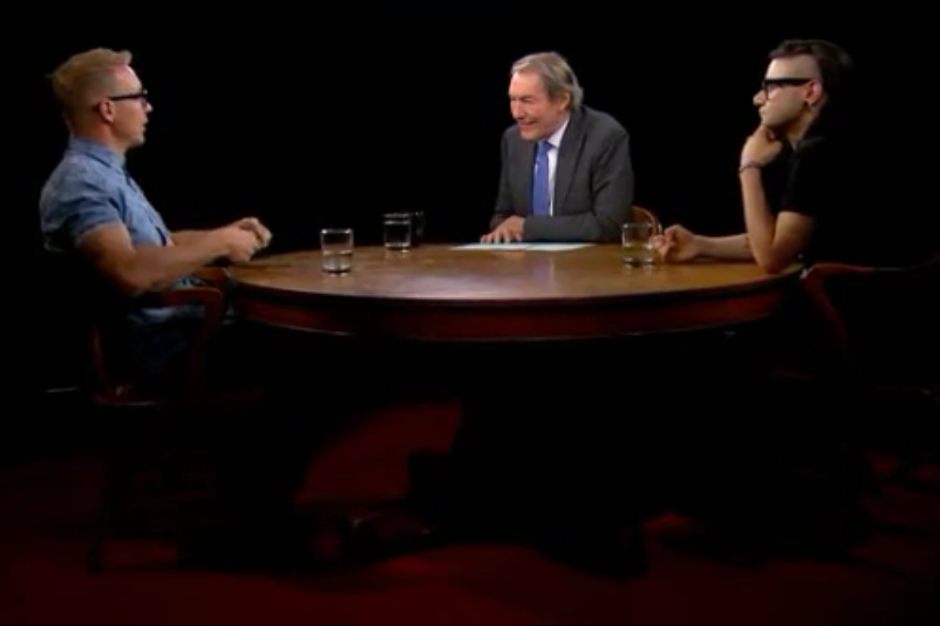 Earlier this week, Jack Ü — the DJ superduo comprised of Diplo and Skrillex — made an appearance on PBS’ Charlie Rose program, discussing drugs, their music, and EDM culture, among other things. The most interesting part of their discussion with Rose might have been where they mentioned Arcade Fire, who were seen working with the twosome on Instagram last month.

Diplo brought the Grammy winners up when mentioning a live stop Jack Ü made in Montreal, playing with the band and then “editing down these loops,” which the producer says he plans to take back to Arcade Fire singer Win Butler to record vocals over. “We just jammed on live instruments for about 45 minutes, and probably made an album worth of material,” Skrillex elaborates.

Watch the pertinent clip from the discussion here, courtesy of ArcadeFireTube.com, as well as the full Rose interview.