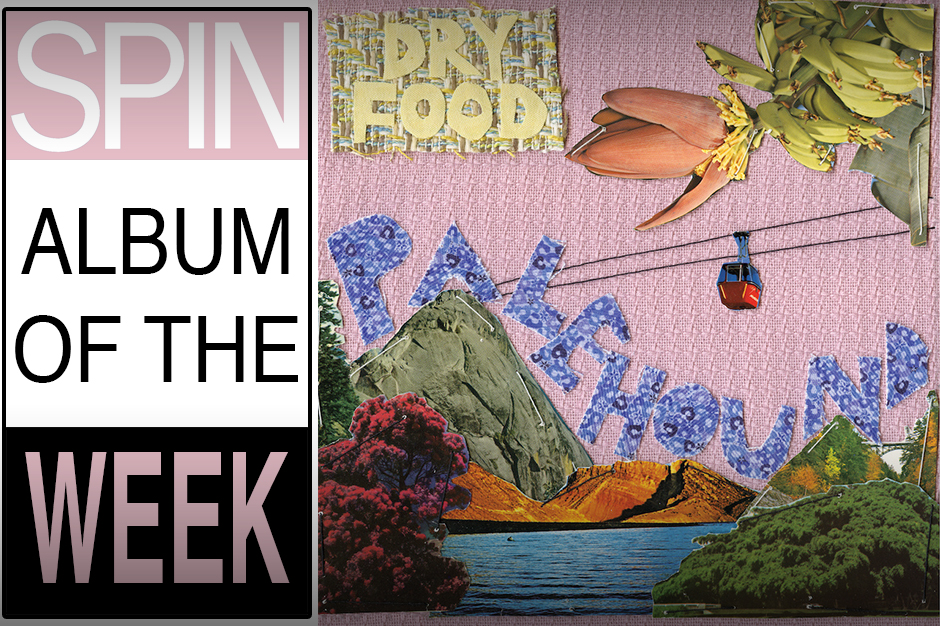 The way some people have a way with words, Palehound singer/songwriter Ellen Kempner has a way with a guitar: Looped lines tumble out in the knotty configurations worthy of a sailor’s handiwork, or maybe of academic writing. The latter may be a more appropriate analogy, perhaps, given that the six-string wrangler at hand is a 21-year-old, and a recent dropout of Sarah Lawrence College in Yonkers, New York. But unlike the swarthy diction that fills trade journals, the riffs and roils that Kempner has put forth — first on 2013’s Bent Nail EP, now on her full-length Dry Food—  justify their density.

Her tumbling fretwork circles her simpler lyrics in just one too many loops and bows, but they have a way of underscoring or punctuating meaning. There’s a weight to what she does because she’s willing to circle directness with a chattering lead or a sleep-drunk slide. It’s playful punctuation, like a well placed ellipsis or semicolon, an intentional pause that makes what’s bound between it all the more emphatic.

It’s an approach familiar to those who’ve dug into the Exploding in Sound label/scene that launched her to indie notability back a couple years ago; bands like Two Inch Astronaut and Flagland have riffs, but Kempner’s work is elevated by a glee that her peers lack. Much like another former EiS act, Speedy Ortiz, she’s busting up ’90s alt-rock archetypes with a sort of winking technical proficiency. The whiplash on songs like “Cushioned Caging” or the Steely Dan smirks on “Cinnamon” imply that the virtuosic fireworks of those geezers everyone loves might be little more than smoke and mirrors. She’s willing to skip around their dude-rock drawls with a slippery note here, a sudden stop there, that suggests a sense of humor even the riff-prankster Black Francis might crack a smile at.

Lyrically, Kempner’s aims are different — she focuses inward, and soberly. Both bodily and emotionally (singing of being “too stoned to take antibiotics” and “feeling infection in [her] bones”), she demonstrates a consciousness and awareness beyond her years, and a simple knack for translating complicated inner turmoil into bite-sized turns of phrase, delicate little kernels. Deep within that gnarled guitar forest, Kempner plants little seeds of truth (such as the central gut punch of “Cushioned Caging”: “all I have left of me is my youth”) that have the ability to crack open and bloom into vibrant flora.

Pretty much every guitar band going is currently toiling in the same ’90s nostalgia mines that Kempner dives into here, but few are able to do so with both technical prowess and its emotive content intact. Her matted guitar-pop is more indicative of a creator who’s cold and cunning, conjuring wonderfully tangled syntaxes out of little more than a beat Jazzmaster and her wavering voice. Maybe it can be unraveled over time, but consider Dry Food jumbled by design, a puzzle your ear will never quite figure out.